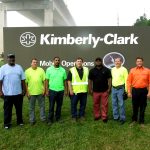 December 12, 2018 9:00 am Published by Ashley Horn Comments Off on Kimberly-Clark Named 2018 Manufacturer of the Year 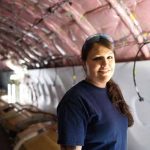 November 12, 2018 9:00 am Published by Ashley Horn Comments Off on Hiring Military Veterans

According to the U.S. Census Bureau, there are over 20 million veterans living in the U.S. In Alabama, the veteran population is over 350,000, making up about 9 percent of Alabama’s overall population.