So much for a group photo. This morning everyone just scattered to various pre-set appointments, cold calls and interviews. It wasn’t quite how I expected the show to begin, but throughout the day, different members of Team Mobile found themselves reconnecting and sharing details from appointments at the Alabama Pavilion at the show. 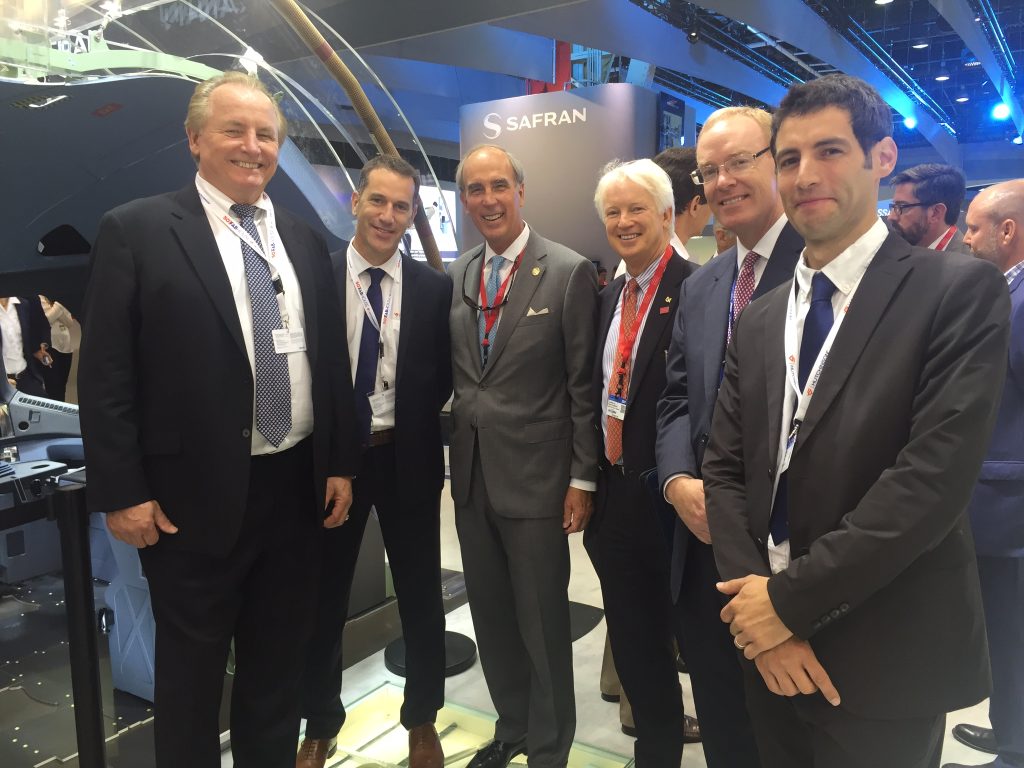 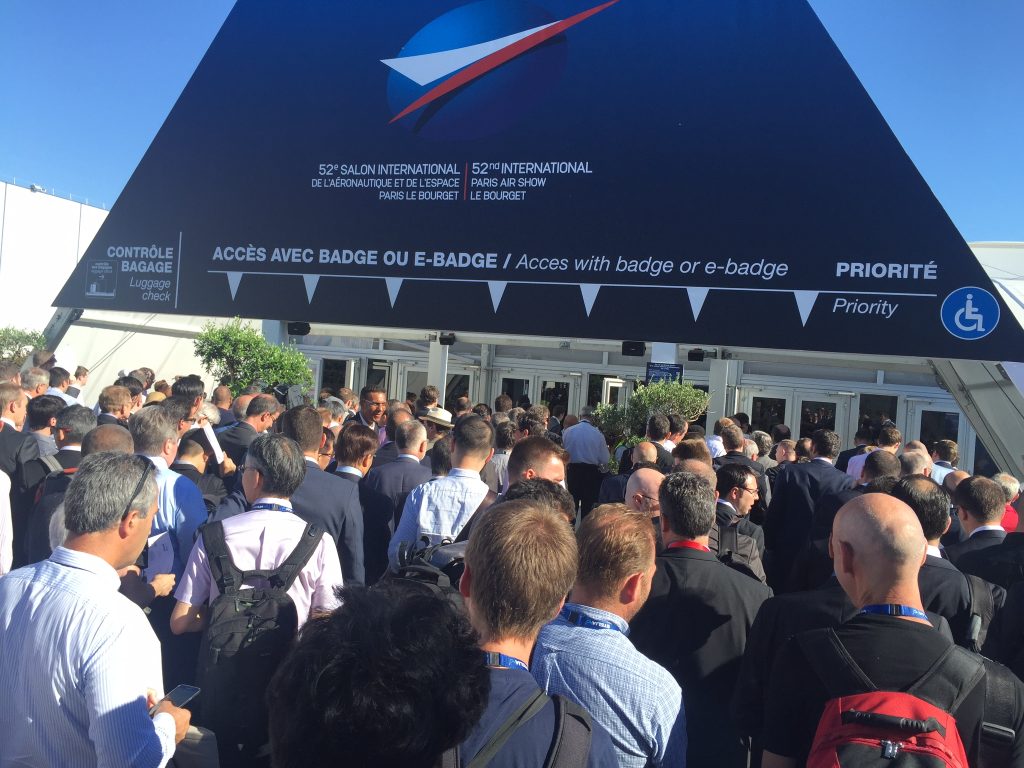 Security, as you can imagine was thick. It took us nearly two hours to get from the train station to the Alabama pavilion. 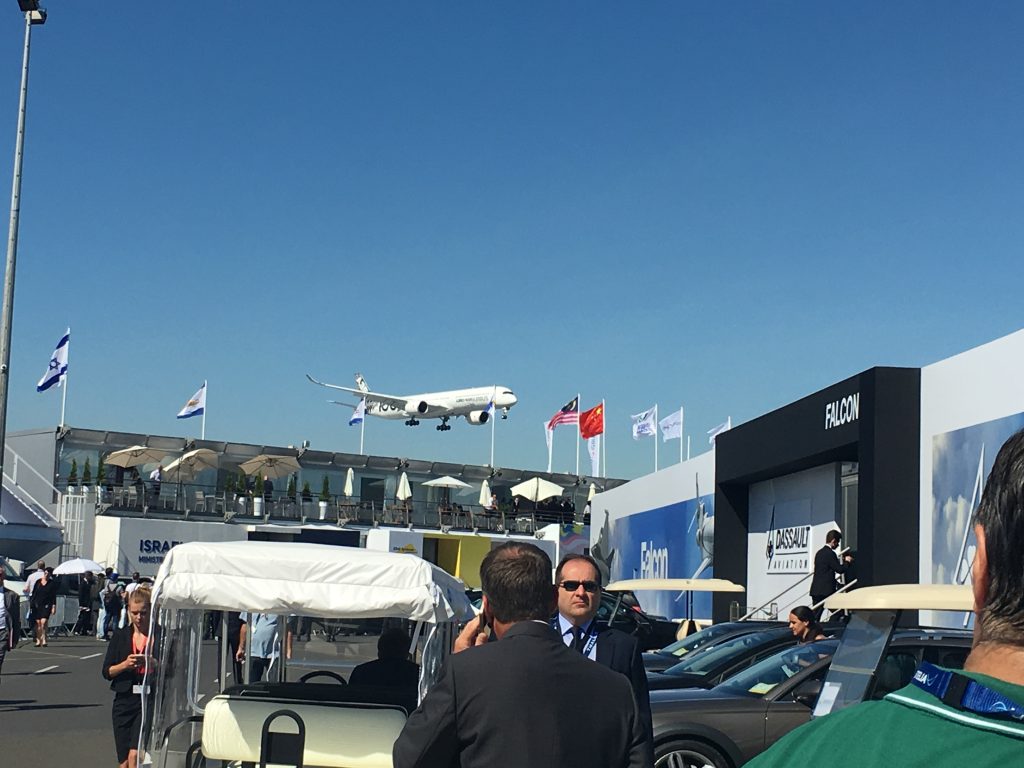 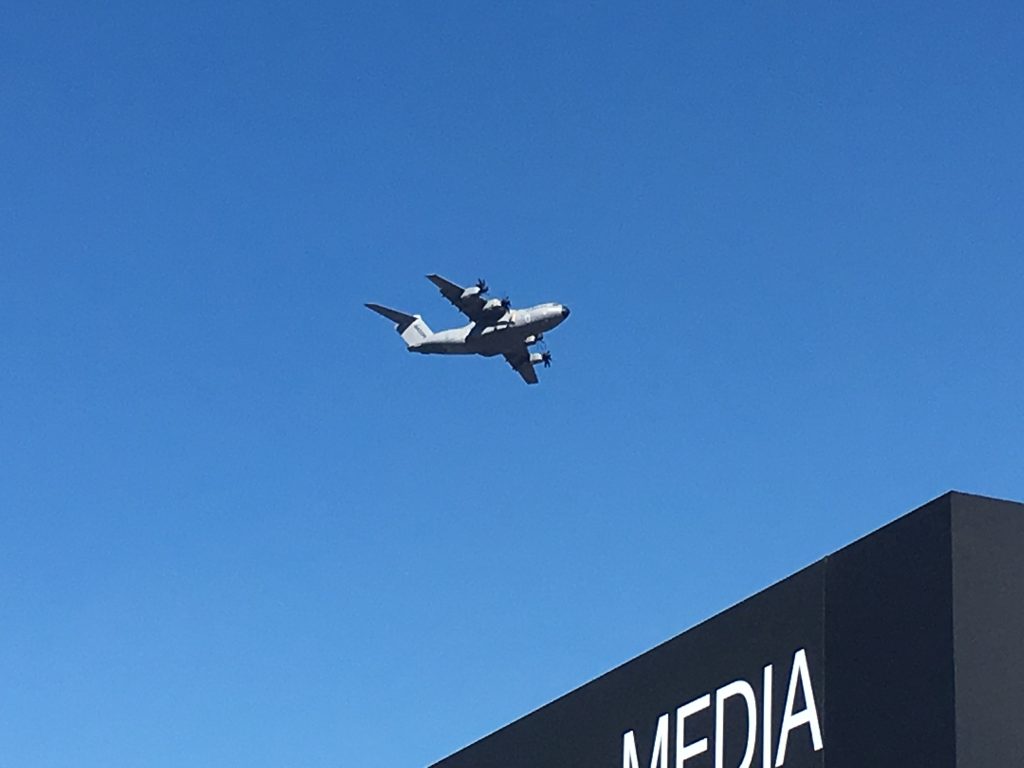 An Airbus 400M – military plane. Fun to watch the tricks this work horse can do. 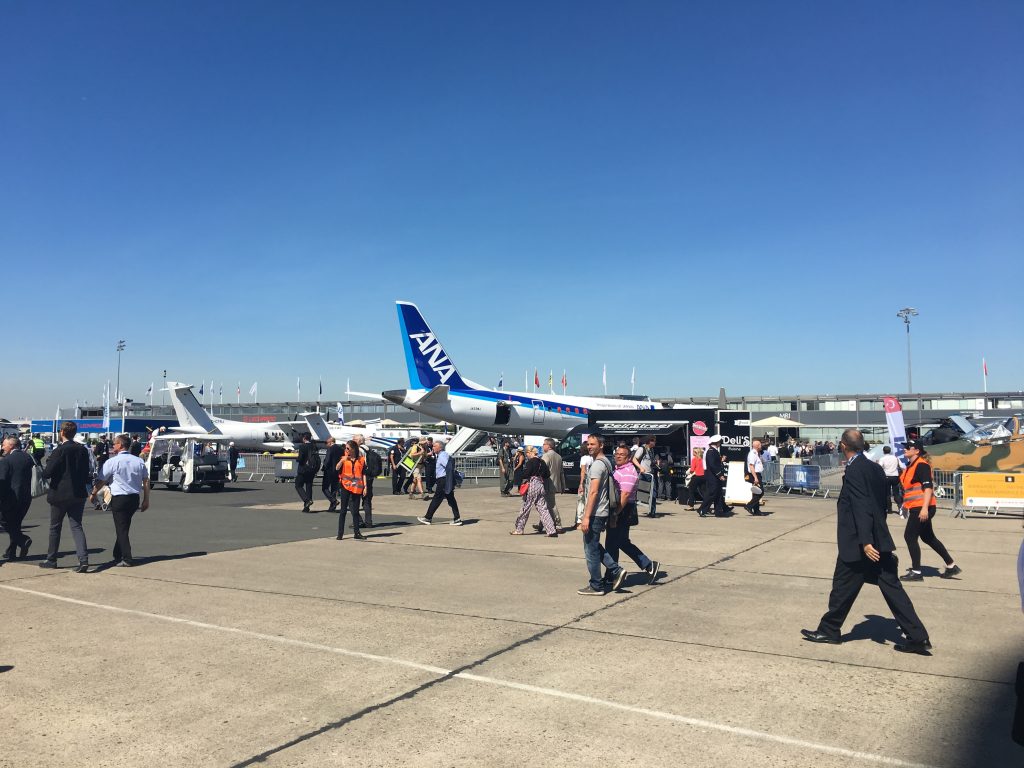 See the plane that says ANA on the tail? It’s Japan’s first commercial aircraft plane since 1962, and it’s made by Mitsubishi. 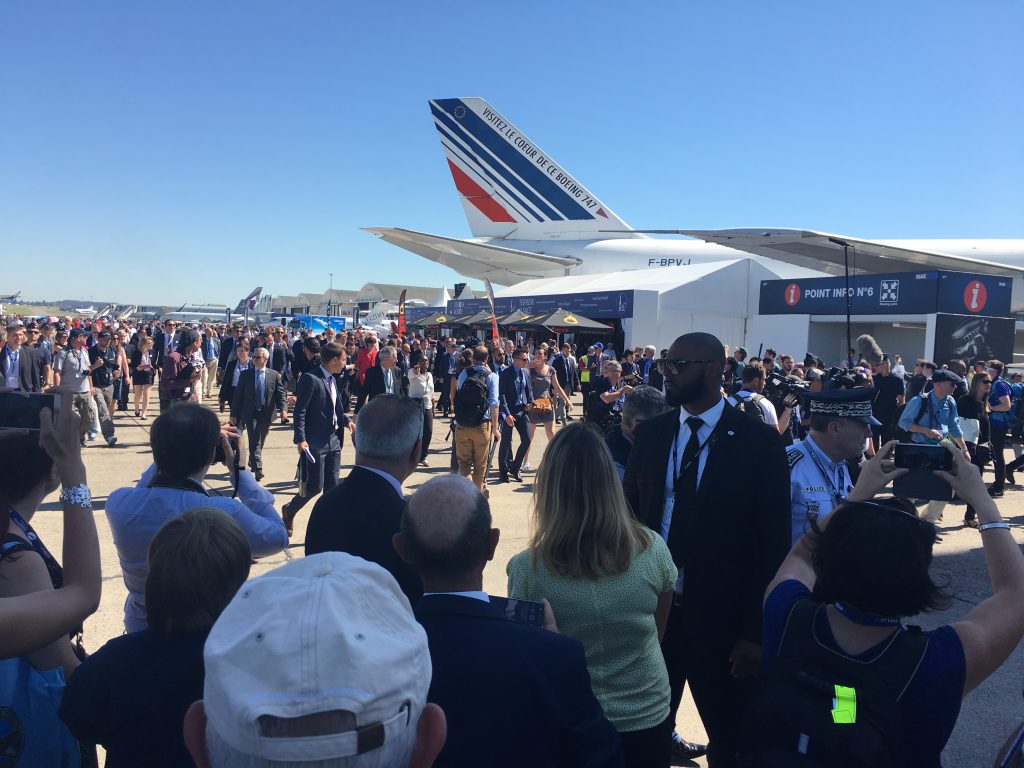 Crowds were impressive this morning at the air show. Somewhere in the throngs of people in this photo is French President Emmanuel Macron, who landed at the show in an Airbus A400-M military transport plane.