A Family Business That Keeps It Clean 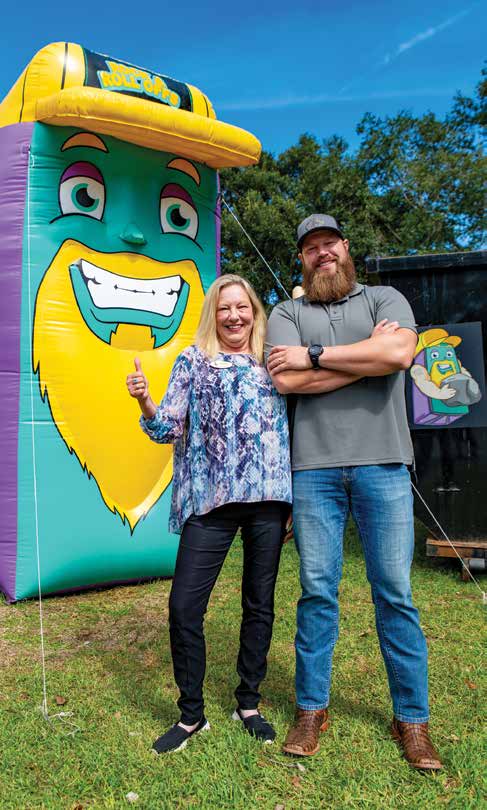 The success of events in the south is often judged as much by the amount of fun the attendees have as the amount of trash littering the grounds or the quantity — and quality — of the bathrooms on premises. And despite its name, Rock & Roll Offs has nothing to do with performances on a stage but everything to do with the rest.

The company, founded under the title The Can Man in 2019, is the Mobile Chamber’s Small Business of the Month.

A family business through and through, Rock & Roll Offs is owned and operated by Rocky Fremin and her son, Hunter. But it’s not their first business together. Under the umbrella Fremin Ventures LLC, the two have run the commercial property company, FCS Facility Maintenance and FCS Property Services, which clears land and demolishes structures. Through that company, there was a constant need for dumpsters, which Fremin had to rent, until a better opportunity presented itself.

“We were doing work for the city of Mobile and had to address the budget and the cost of renting dumpsters, which really ate into our budget,” Rocky Fremin said. “And Hunter said, ‘Mama, we should think about getting into the dumpster business.”

They parlayed that idea into Rock & Roll Offs, which didn’t get its name from its owner or the family’s love of soaring guitar riffs, but from the fact that after it was founded, the Fremins expanded the business to include dump trucks, which often carry stone.

“In the beginning of 2019 we purchased our first truck and six dumpsters,” Fremin said. “And by the end of 2019, we had two trucks and almost 70 dumpsters.”

Add to that a fleet of portable toilets, and the hard work continues to equal success — all with the two owners, an office manager and four full-time drivers. It’s the human waste removal that’s still a growth opportunity for Rock & Roll Offs, as Fremin said next year they will be expanding into executive bathroom trailers, which are air conditioned and offer the same usage as a comfortable water closet at home. 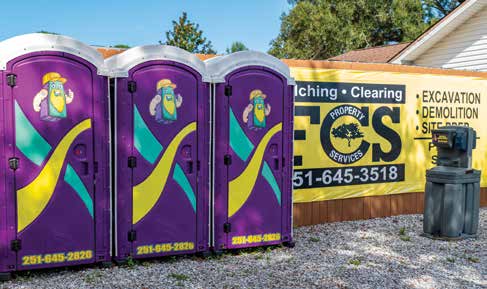 The family loves to support the community which has supported them, and Rocky said that manifests each year in the participation of the company and its employees in Coastal Cleanup, to which they donate dumpsters and boots on the ground collecting trash. Rock & Roll Offs also donates food items to those who need them, as well as school

“At least once a month, we are at some charitable event,” Fremin said. The family is wired to do things differently, and that goes all the way to the naming of their trucks and drivers, who are called Rangers. The trucks are named with dates like Ranger 1791 or 1787, Fremin said, referencing events that occurred in United States history.

“We want to stand out and make it fun for our drivers,” she said.