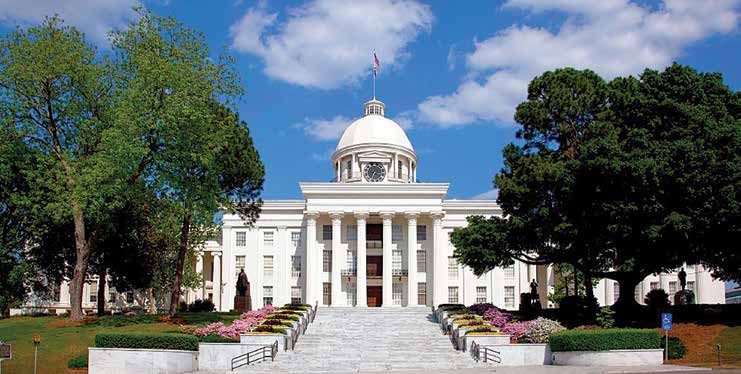 The 2022 Alabama Legislative Session convened on January 11. The session was officially declared “sine die,” or in other words finished, on April 11. According to the Alabama State Bar, at the end of the 2022 Legislative Session, there were a total of 339 bills introduced in the Senate and 534 bills introduced in the House of Representatives. Of those, 172 bills have been signed by the governor and became official acts. Another 96 bills have been sent to the governor for review and action. Below is a summary of some of the bills introduced that could impact businesses in Alabama.

Not all legislative victories come in the form of passing legislation but in ensuring legislation does not pass. A bill that would have negatively impacted economic development efforts did not receive approval from the Senate. SB 303, by Sen. Arthur Orr. R-Decatur, would have repealed up to nine economic development incentives effective December 31, 2027, unless those incentives were extended by an act of the legislature. These incentives included the Loan Production tax credit, Veterans Employment tax credit, Rural Physician tax credit, and the Irrigation Equipment tax credit, among others. This bill also would have put extension limitations on all tax incentives going forward. Additionally, SB 303 would have created new reporting requirements for any state agency that administers any economic tax incentive. This legislation, a replacement to the more aggressive SB 57, received approval from the Senate Finance and Taxation Education Committee but was not brought to the Senate floor for consideration.

HB 82 by Rep. Danny Garrett (R-Trussville) passed the legislature and was signed into law by Gov. Ivey to provide immediate tax relief to small businesses. The Small Business Relief and Revitalization Act of 2022 will help alleviate the sales tax burden on more than 2,400 small businesses by allowing them to increase the calculation threshold to $5,000 up from $2,500. HB 82 also allows businesses to exempt up to $40,000 of personal property market value from ad valorem tax, which will exempt nearly 75 percent of Alabama businesses from paying this portion of the tax.

Two bills, SB 152 and SB19, were passed during the session to provide tax relief to working families and employees in the state. SB 152 was authored by Dan Roberts (R-Mountain Brook) and passed quickly after its introduction for the bill to become law for Alabamians to take advantage of the tax relief prior to individuals filing tax returns. With its passage, families will not be penalized on a state level for the increased child tax credit received through the American Rescue Plan Act and provides an increased dependent care credit. This new law accounts for an additional $87 million for Alabamians, bringing the total amount to over $2 billion in pandemic relief benefits. On the last day of the session, Senate Bill 19, sponsored by Sen. Arthur Orr (R-Decatur) and Rep. Lynn Greer (R-Rogersville) was passed. The bill provides for an increase in individuals’ standard tax deduction. Those filing single or head of household will be allowed an additional $500 deduction and those filing married will be allowed an additional $1,000 deduction. SB 19 would also raise the maximum optional standard deduction from $33,000 up to $35,000. 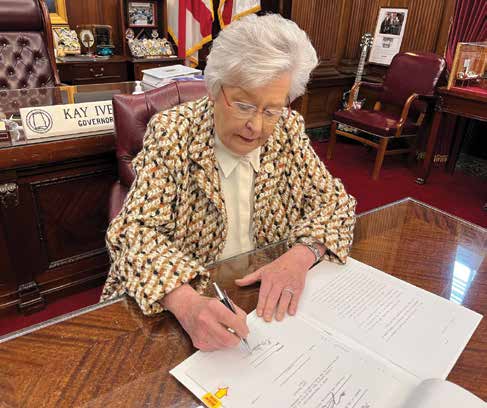 Early into the session, Gov. Ivey called a special session, and both the House and Senate gave final approval to legislation that directs how to spend the state’s federal pandemic relief funds.

The primary focus of the special session was legislation appropriating the federal American Rescue Plan Act (ARPA) funds. The bill directs most of the funds to be spent on broadband internet infrastructure, water and sewer projects, and healthcare.

“I commend our legislators for their efficient work in directing these funds to meet some of Alabama’s toughest challenges. We are making smart investments to increase statewide broadband connectivity, improve our water and sewer infrastructure, as well as health care infrastructure,” Ivey said in a press release.

“We are also addressing measures to reduce employment taxes paid by Alabama businesses as they continue to rebound from the pandemic,” she said. “This was an overwhelmingly bipartisan effort by the men and women of the Alabama Legislature, and I am proud of their good work in dealing with the task the federal government dealt us.”

A key component of the ARPA spending plan is the replenishment of the Alabama Unemployment Trust Fund, which is funded primarily by a tax on all Alabama employers. This bill appropriates $79.5 million to the state’s Unemployment Trust Fund (UTF). This infusion of funding will bring the fund closer to its pre-pandemic level. As a result, employers will see a 29 percent decrease in the “shared costs” tax rate. Due to the depletion of the UTF caused by the COVID pandemic, employers saw a tax increase of 72 percent last year, even after lawmakers allocated about $385 million in federal CARES Act money to the fund.

Alabama will receive $1.06 billion, the second portion of its ARPA funds, in May or June. Legislators have not made plans for these funds. With the arrival of new ARPA funds, it is anticipated that a special session will be called by the governor for the legislature to appropriate those funds. Speculation centers around late June or August.