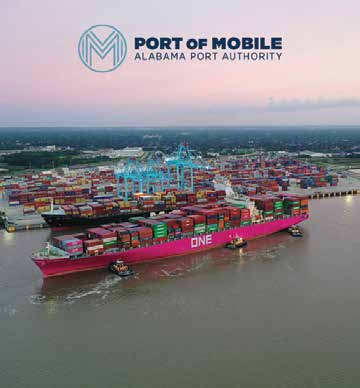 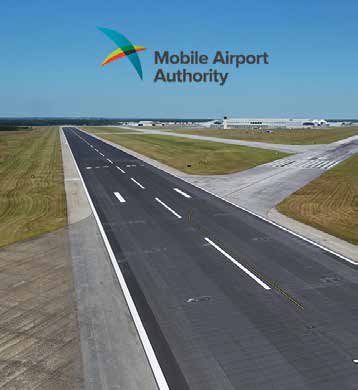 MAA and the ASPA jointly competed for the opportunity to use the USDOT Demonstration Program Grant to facilitate capital infrastructure improvements at the Port of Mobile and at the Mobile Downtown Airport (BFM). The competitive grant was authorized under the Consolidated Appropriations Act and is intended to increase the efficiency of freight movements by air, rail, highway and water.

“This is one of the most impactful federal grants during my time in Congress,” stated U.S. Sen. Richard Shelby (R-Ala.). “Mobile is uniquely positioned to become a major transportation hub, with infrastructure already in place for maritime, rail, aviation and highways. For many years, I worked to create those conditions by dredging the Port of Mobile and improving the airport. This program will build on that vision. Our Gulf Coast and the entire state of Alabama stands to benefit immensely from this funding in ways we can only imagine. Mobile has a lot to offer, and I am thrilled that we are utilizing its existing infrastructure to create a new transportation hub and economic power source for the entire state.”

MAA will also receive $100 million, thanks to a government spending bill passed in Congress. Shelby made the spending request as part of the fiscal year 2022 appropriations.

According to a news release, this federal funding will be used for the design, planning and construction of improvements at BFM, including apron development and reconstruction, a new terminal, drainage, utility systems and other projects.

“We owe a tremendous amount of gratitude to Senator Richard Shelby. This project would not be possible without his support and leadership,” said Elliot Maisel, MAA chairman. “This investment puts us closer to our goal of building a new terminal debt-free, and that’s exciting. By avoiding debt, we can keep costs low for airlines and pass those savings along to our customers.”