MOBILE, Ala. – On May 11, 2022, the Mobile Chamber and its Military Affairs Committee honored retired, current and future military leaders during its 35th Annual Military Appreciation Lunch held at the USS ALABAMA Battleship Memorial Park. The presenting sponsor was Atlas Industrial Outsourcing.

“Mobile has a rich history of dedication to the defense of our country and it’s an honor to recognize the servicemen and women protecting freedom here and around the world,” said Bob Chappelle, the Mobile Chamber’s interim president and CEO.

The program paid tribute to the impact military personnel have on the local business community and included several awards for each branch of the military and recognized outstanding ROTC and JROTC cadets.

The General Gary Cooper Outstanding Service Award is given to a current or former military service member who inspires others by living out the values we see in Major General Cooper including achievement, courage, excellence and humility. Mobile Director of Public Safety Lawrence Battiste served for five years in the United States Navy before receiving his bachelor’s degree in human resources management and master’s degree in justice administration and starting a long career in law enforcement. Battiste is a true public servant, an exemplary leader and constantly shows his love for local veterans through the relentless pursuit of excellence for the Mobile community.

Jamie Bosarge was a laboratory technician at a local hospital before switching careers to education. She now teaches biology, anatomy and biotechnology at Bryant High School in Bayou La Batre. She sponsors the Student Government Association and co-sponsors the Spirit Congress. She started the after-school Science of Crime Scene Investigation program.

Bosarge aspires to lead by example, promoting a culture of life-long learning. Her classroom includes opportunities for inquiry-based learning as she teaches real-world lessons that encourage students to develop problem-solving and critical thinking skills. She is the MCPSS High School Teacher of the Year. 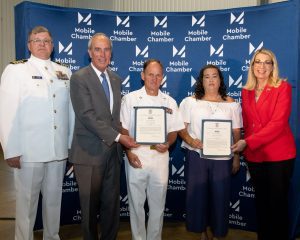 Lt. Tony Graham and Mrs. Angela Graham are the 2022 Sea Cadet Awardees. Lt. Tony Graham has served in the U.S. Army for 22 years. They joined the Sea Cadets as leaders in 2014 after their daughter became interested in the program when she visited the unit during a ship arrival for Mardi Gras.

Tony has been the Commander of Dunlap Division for the past 6 plus years and Angela has been the Administrative Officer for 8 years. During their time with the program, they have had Cadets go into all the branches of the military, attend colleges and make great steps forward to making a better civilian career choice.

The U.S. Navy League Hugh M. Casteix Award recognizes local active-duty members of the Sea Services for their outstanding accomplishments in the performances of their duties.

Marine Science Technician First Class Frances Caselton displayed exceptional technical expertise during two complex pollution response cases, managing more than $33,000 in federal funds and the recovery of more than 1,700 gallons of oil products. Dedicating more than 50 hours of community service, she championed community outreach programs and coordinated food drives and sorted food for distribution to hundreds of families through the Feeding of the Gulf Coast organization. She’s also distinguished herself as an ambassador to the Coast Guard, by supporting local educational organizations including Junior Achievement and Big Brothers – Big Sisters of South Alabama. 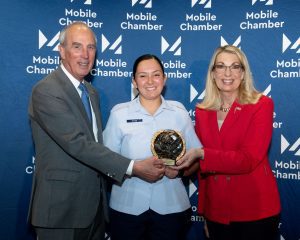 The Air Force ROTC Outstanding Achievement Award recognizes a cadet who has shown exemplary leadership skills throughout the year and is a model cadet. The 2022 winner is Cadet Ayah Ayad. 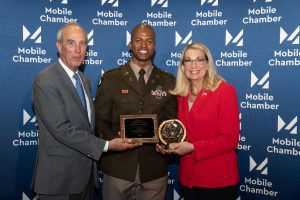 The following Junior ROTC Cadets were also recognized from each of their schools: 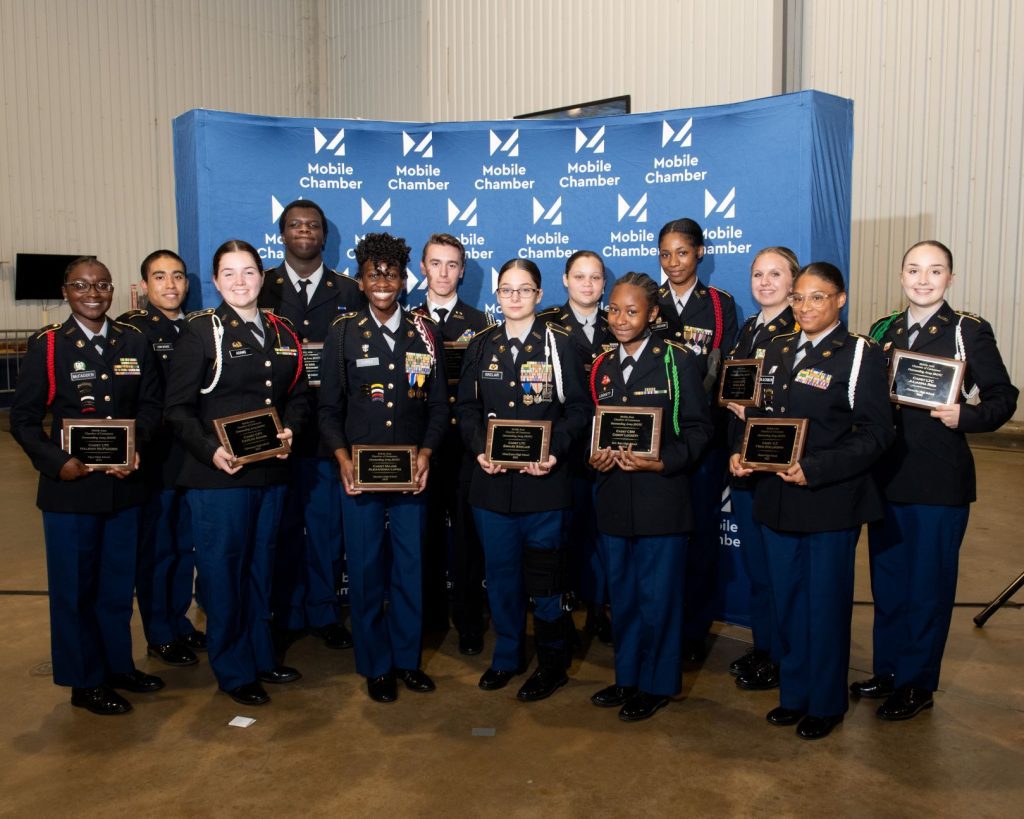