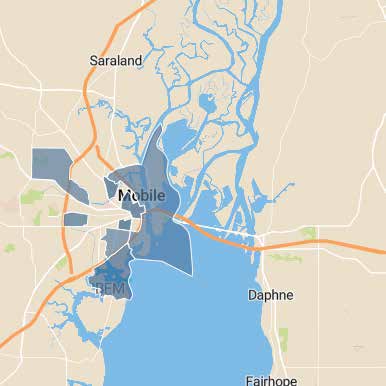 Zaricor is one of several economic developers working to promote Alabama’s 158 designated opportunity zones, and specifically the 14 in Mobile.

What are they and how does it help with new projects and expansions? Talking in general terms, explains Zaricor, the goal is to pair long-term private investment with underserved markets. Tax incentives in the form of capital gains are available to spur job growth in low-income urban and rural communities nationwide.

Locally, opportunity zones are primarily downtown Mobile, Africatown, Port of Mobile, both airports, one tract along Airport Boulevard and out near West I-65.

The guide is a working document on the Chamber’s website, mobilechamber.com, to help market Mobile and its designated zones, along with the area’s key assets that attract outside investment and economic growth.

WHAT IS IT? Congress passed the Opportunity Zone program in conjunction with the December 2017 comprehensive tax reform package.

WHO BENEFITS? People or companies who have capital gains they would like to defer and developers who now have access to capital by a private third party investing in an Opportunity Zone fund.

WHERE ARE THEY? Mobile’s 14 zones are primarily downtown, Africatown, Port of Mobile, both airports, one tract along Airport Boulevard and out near West I-65.

HOW TO GET CONNECTED? Contact Shelby Glover Zaricor, the Mobile Area Chamber’s director of business development, by email here or 251.431.8616.