The Business View – November 2019 /News You Can Use 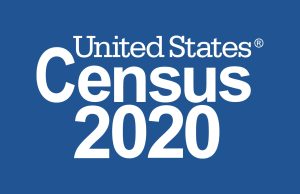 Not taking 10 minutes to complete a U.S. Census form could have a dire impact on the state of Alabama, according to Alabama Counts, an advisory group composed of public and private statewide organizations committed to working together to ensure each Alabamian is counted in the 2020 Census.

The opportunity to say “I Count” is coming in spring 2020. Between now and the official count dates, the Mobile Area Chamber is committed to sharing information to help its members and employees understand what’s at stake.

Not sure how it affects you? Here are just a couple of the ways:

Funding for Programs that Impact You, Your Family and Our Communities

Funding to Alabama for programs that affect healthcare, education, housing assistance, infrastructure development and more is tied in some form to census data. A recent study by George Washington University indicates in 2015, the U.S. government returned almost $1,600 to the state for every Alabamian counted in the census, and $13 billion was allocated to Alabama in 2016 from 55 programs guided in some part by data derived from the census.

The population count taken in the 2020 census will determine the allocation of the 435 seats in the U.S. House of Representatives. States with the most population gains are projected to get additional seats, while states with decreases in population or slow growth are at risk of losing seats.

A projected slowed population growth in Alabama has put the state in danger of losing one of seven congressional seats after the 2020 census. These are the voices that represent citizens and stand up for their needs on the federal level. The loss of a congressional representative would mean one less critical voice advocating for Alabama on the national stage.

The Chamber considers U.S. Census data as valuable and unbiased information collected by a neutral third party. An improvement in a community’s census data could mean additional retail and restaurant growth as well as more consideration from companies wishing to expand or relocate, creating job opportunities. The Chamber’s economic development team uses census data regularly as it works to recruit companies and assist with existing industry expansion projects.

As a business owner, it is important to start talking with your employees about the upcoming census count, educating and encouraging them to participate.

For more information about the U.S. Census, visit 2020census.gov.