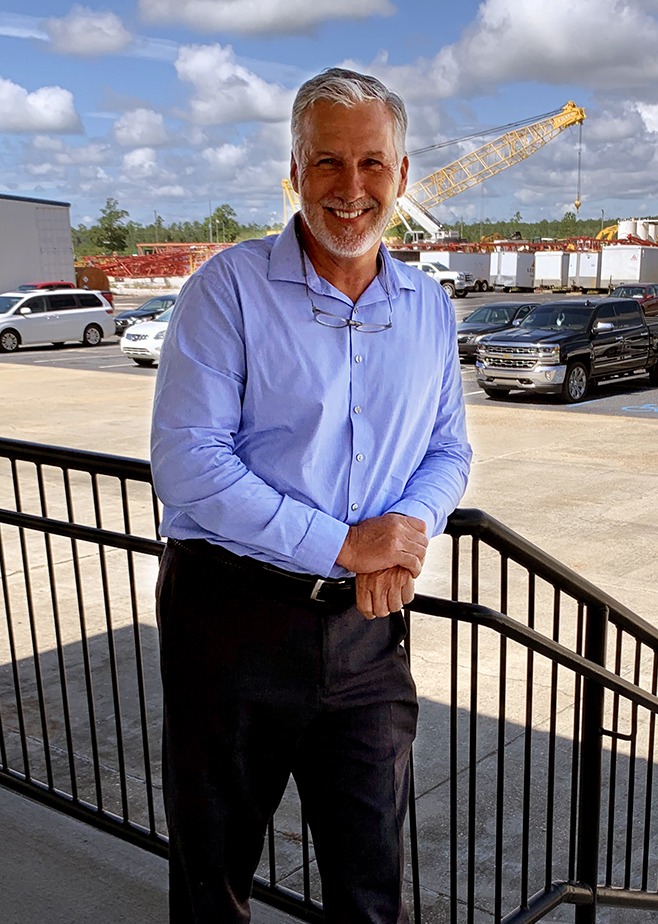 The self-proclaimed natural risk-taker talks candidly about finding himself “in hot water” with his employer around 6 a.m. and unemployed an hour later. It certainly didn’t help that his father-in-law was the employer, or that he was staring at a house note and car note with a 2-month-old daughter and 3-year-old son at home.

West, 28 at the time, knew he could dwell on his misfortune, or he could act.

Today, his industrial construction company employs more than 1,200 workers – making him one of the top 10 employers in the Mobile area and the largest direct-hire contractor in the southern part of the state – and has averaged roughly $150 million in revenue each of the past five years.

A Chickasaw native, West was one of four children raised by a butcher and a grocery store employee who later earned her nursing degree. Although he attended the University of South Alabama for 2½ years, West said his contractor’s license – earned at age 18 – provided the most stable path forward.

West established his own set of benchmarks over the past 32 years to measure success. For example:

Throughout its history, G.A. West continued to invest in Mobile County and its workforce. The company is ranked No. 63 in the U.S. by private crane ownership and direct employment of craft workers by American Cranes & Transport.

“I have learned far more by failure than success,” West said, noting if you “fall forward and move one inch,” it’s not a total failure. A company can – and should – celebrate based on its successes, but learning from failure is what changes a business for the better, he explained.

“This means we don’t get high on our success and forget to batten the hatches down when it’s required. We don’t ignore bad performance even as we try and develop our workforce through the mistakes they make. A failure isn’t a true failure unless we don’t learn from it. Experience has a cost, someone is paying, and we just don’t want to have repeat mistakes. We will not sacrifice safety or integrity for profit, and we will not invest in a bad attitude,” West said.

In turn, he stresses the importance of balancing science and art, or math and creative instinct.

“The art of the deal and the art of the project closeout are equally important. One is exciting; the other is hard work. Yet both are important,” West said, emphasizing above all the importance of “understanding the nature of competition and not caring who gets to dance in the end zone as long as the team wins.”

Balancing well-timed risk taking with long-range vision has served him well, he said.

“An entrepreneur is designed by nature – and curiosity – to want to explore and learn new things and seek new opportunity, but the desire to serve the future of the employee base tempers this and allows the answer to sometimes be, ‘No,’” West said.

“Business is like playing football on a field with no goal line: It is never over. It is perpetual motion. We must enjoy the game as much as the scoring.”