A really early start this morning in London, and the lines to get to the Farnborough Air Show were intense. It took more than two to three hours for most of Team Mobile to get to the show today from London (by cab, then train, then bus), The crowds were thick to say the least.

Once there, everyone quickly jumped into work mode, and various groups split up seven appointments with existing industry, as well as potential suppliers to the Airbus project and a couple new investors as well. Some of the group were also able to help out the Chamber’s economic development team by cold-calling on some potential aerospace suppliers. This evening nine partners in Mobile and Baldwin counties will host a reception for prospective aerospace suppliers and existing industry executives.

A few by the numbers about Farnborough, and if you want to learn more, go to: www. farnboroughinternationalairshow.com.

Talk of the A220 and the Airbus and Bombardier partnership on this project has been On Wednesday, most of Team Mobile will be

heading home, while our economic development team has one more day at the air show before making our way back. 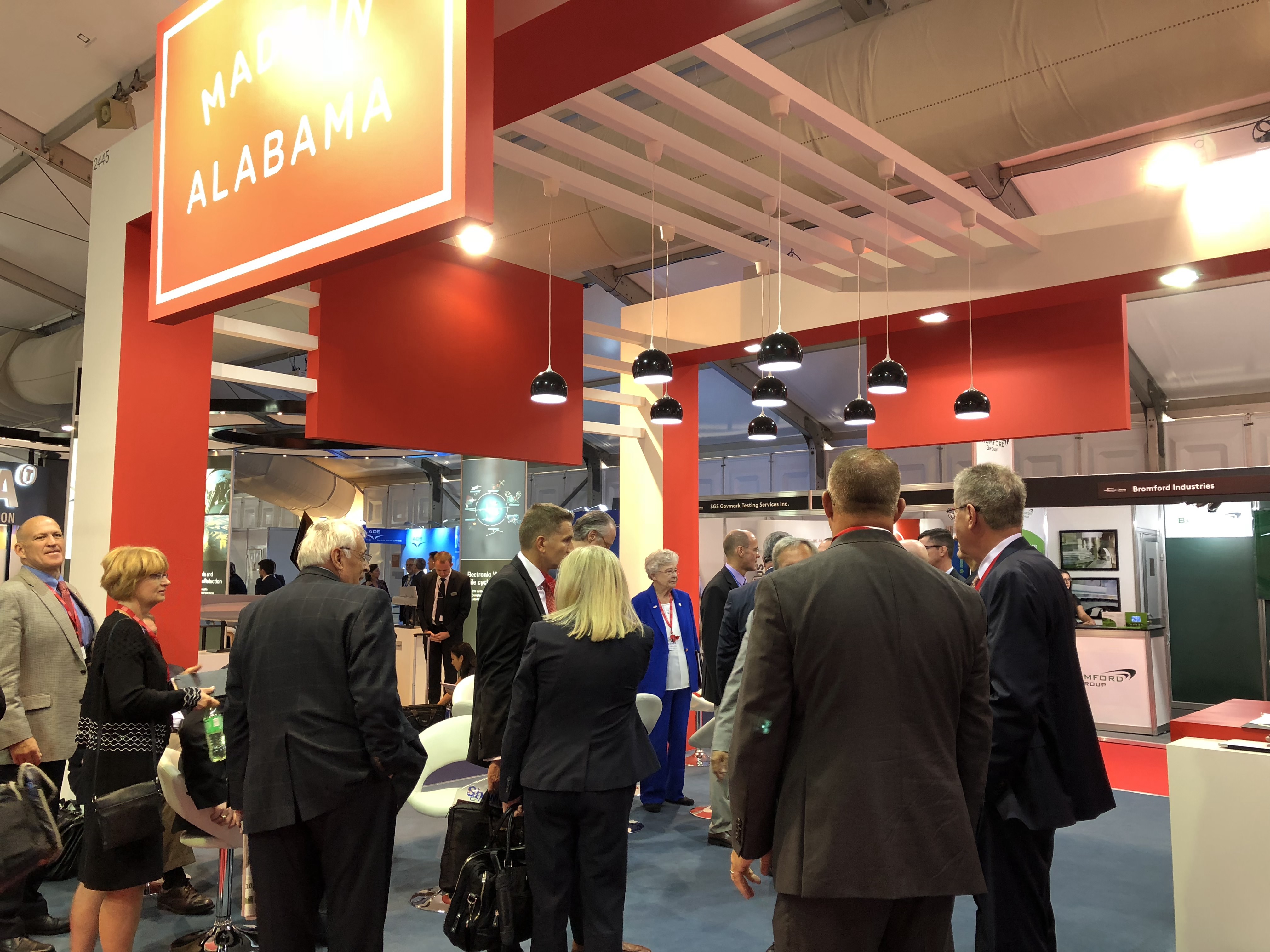