Kimberly-Clark Plans Another Expansion in Mobile 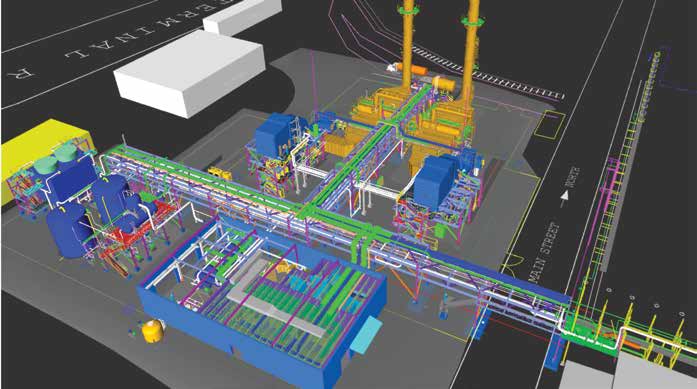 Kimberly-Clark Corp. will make a second major investment in its Mobile mill.

In April, the Texas-headquartered company announced it will spend $101.7 million and add nine jobs at an average annual wage of $87,000.

“This investment, the commitment of our employees and the community support will together bolster the Mobile mill’s competitive position within Kimberly-Clark,” said Todd Visscher, mill manager for Kimberly-Clark’s Mobile operations.

According to Visscher, the company is rebuilding an existing tissue machine and installing two converting lines to meet the growing needs among North American bath tissue customers. In addition, the investment will further improve manufacturing efficiency, increase capacity and produce tissue without the cardboard core.

“This coreless product is more environmentally friendly and is the future of our industry,” said Visscher.

As part of its sustainability strategy to reduce its natural forest footprint by 50 percent by 2025, Kimberly-Clark increased the amount of virgin fiber certified by the Forestry Stewardship Council (FSC) to 80 percent in 2016, up from 7 percent in 2006. This accomplishment earned the company the council’s Leadership Award, recognizing use of FSC-certified products and commitment to responsible forest management.

Less than a year ago, Kimberly-Clark announced significant expansion plans valued at $110 million for its Mobile mill, with plans to add 17 new jobs. The 2017 project aimed at improving long-term energy efficiency and costs with the construction of a combined heat-power plant began in February.

Both projects have an estimated completion date of 2019 – the heat-power plant in the first quarter and the tissue machine rebuild and converting lines in the fourth quarter.

“These investments are a testament to the future of Kimberly-Clark’s Mobile facility and its workforce,” said Shelby Glover, senior project manager of economic development for the Mobile Area Chamber. “It’s important for us to maintain, and add when possible, high paying jobs such as these.”

“When existing businesses are thriving in combination with new jobs and investment, that’s a winning formula,” said City of Mobile Mayor Sandy Stimpson.

Kimberly-Clark first established a Mobile presence 23 years ago in 1995, when the company took over the Scott Paper plant.

Made in Mobile products include bath tissue and paper towels under the Scott, Cottonelle and K-C Professional brand names.

More than 680 people work at the Mobile site.