An Update on the Chamber’s Legislative Agenda 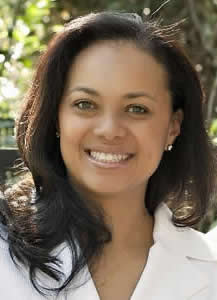 The Mobile Area Chamber’s governmental affairs team works throughout the legislative session to stay in contact with members of the Mobile-Baldwin-Washington County legislative delegation and engage in legislative issues that affect Alabama’s business climate.

During this last session of the current quadrennium, here are a few key Chamber issues.

This local bill to authorize the governing body of any municipality within Mobile County, or the county commission in any unincorporated areas of the county, to establish on-premises sale and consumption of alcoholic beverages on Sunday beginning at 10 a.m. HB267 has passed the House and has been sent to the Senate.

This update was published at press time, March 1. For the latest updates go to the Chamber’s blog at mobilechamber.com/blog. Kellie Hope may be reached at 251-431-8618 or khope@mobilechamber.com.

Click here to read the Legislative Agenda in its entirety.

The 2018 regular session of the Alabama Legislature adjourned on March 29th.

The $6.6 billion Education Trust Fund budget passed, the largest approved by the Legislature in a decade.

The education budget, provides a 2.5 percent pay raise for education employees, an $18 million increase for pre-kindergarten and increases to other services.

The $2 billion General Fund budget was also the largest in a decade, and gives state employees a three percent raise.

“The Brunch Bill” passed that will allow for alcoholic beverages to be served in Mobile County restaurants as early as 10 a.m. on Sundays.

Thanks to the business community’s many calls, texts and emails, legislation authorizing the continuation of the State Pilotage Commission passed the Legislature in the waning days of the session. Federal law requires a state-licensed pilot for all foreign flag vessels coming in and out of U.S. ports. Foreign Flag vessels account for 90 percent of the Port of Mobile’s traffic, and the continuation of the State Pilotage Commission allows port commerce to continue uninterrupted.

A bill critical to our economic development efforts passed, clarifying that professional economic developers and site selectors do not have to disclose project details or register as lobbyists.  This bill protects the confidentiality of Alabama’s industrial development projects – and thus the competiveness of our state against other states.