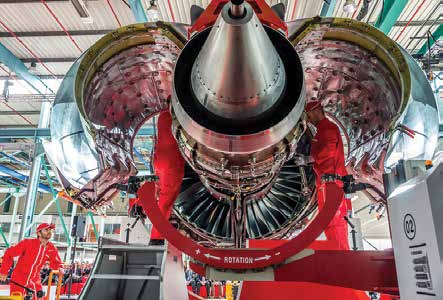 Two months after Team Mobile’s meeting with Safran USA’s executives at the Paris Air Show, the company announced it is investing in Mobile by opening a manufacturing operation at Mobile Aeroplex at Brookley and hiring 20 employees over the next three years.

“Safran is excited to be part of the growing aerospace community in Mobile,” said Peter Lengyel, president and CEO of Safran USA. “We are pleased to move forward with this investment in Mobile.”

To house the facility, the Mobile Airport Authority is building out one of the existing bays at Mobile Aeroplex to 24,500 square feet. In addition, the company is investing approximately $1 million in equipment with an opening planned for November 2017.

Safran is the 19th company to locate at Mobile Aeroplex since Airbus began production in Mobile, said Mayor Sandy Stimpson. The company joins a growing list of aerospace giants with a strong presence in Mobile, with examples including VT MAE, Continental Motors, Airbus and MAAS Aviation.

“We are pleased and proud to welcome Safran to the family of aerospace companies choosing to invest in Mobile,” said Stimpson.

The Mobile Area Chamber has worked this project for more than a year, and was able to finalize discussions to locate the facility in Mobile at a meeting in Paris that included Safran USA decision makers, Stimpson, Hudson and representatives from the Mobile Airport Authority.