The Business View – October 2017 / Small Business of the Month 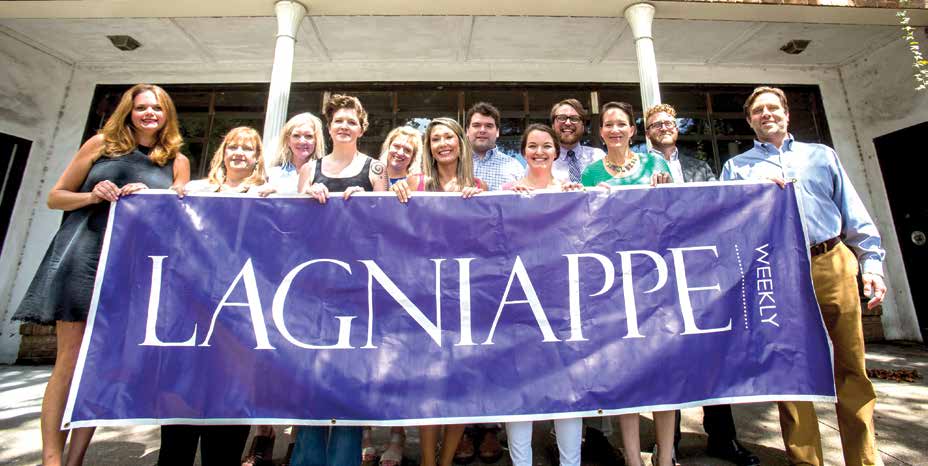 Back in 2002, the economy was limping toward what would become a full-blown recession and most of Mobile got its news from its lone daily newspaper. Not an ideal time, you might think, to try to give that daily some competition.

But Rob Holbert and Ashley Toland Trice plunged in anyway and launched Lagniappe as an alternative paper printing every two weeks. Now, 15 years later, Mobile’s daily has gone to three days a week and Lagniappe is now the area’s largest locally owned publication, publishing weekly and focusing not only on arts and entertainment, but also on local government and in-depth investigative stories.

Free to readers and readily available at many local restaurants, barber shops and other businesses, along with street racks scattered throughout town, Lagniappe is a 30,000-circulation weekly that reaches more than 80,000 readers a week, according to Scarborough/Nielsen Research, and employs a staff of 14.

“We have created a publication that a large portion of the population now counts on to keep them informed and to hold the powerful accountable,” said Holbert, Lagniappe’s copublisher. “We started a newspaper during a recession in a city dominated by the daily, and have managed to grow every year for the past 15. We started with $5,000 a decade and a half ago, and have sold more than $10 million in advertising since.”

Lagniappe is the Mobile Area Chamber’s Small Business of the Month.

The newspaper has a long history with the Chamber, one of the first local organizations to embrace Lagniappe, Holbert said. “An article in The Business View relatively early in our existence introduced Lagniappe to a wide swath of Mobile-area business leaders and offered our publication some much-needed mainstream legitimacy,” he said.

Lagniappe has been an annual media sponsor and participant in the Chamber’s Business Expo and supports a variety of other community projects and organizations, donating tens of thousands of dollars in advertising to local charities each year. The weekly also supports local businesses through its Nappie Awards, allowing readers to vote for their favorite local stores, restaurants and bars, professionals and public officials, providing a much-desired feather in the cap that can spur increased business for winners.

“This year, we had more than 60,000 individuals cast nearly 1.6 million votes in the different categories,” Holbert said. “We also publicized Restaurant Week this year with great success, aimed at getting our readers to support local restaurants.”

With its extensive concert listings and food and movie reviews, augmented with hard hitting investigative pieces and topical and often cheeky columns such as Holbert’s “Damn the Torpedoes” and Co-Publisher Trice’s “Hidden Agenda,” Lagniappe has grown from its alternative roots into an influential voice in the Port City.