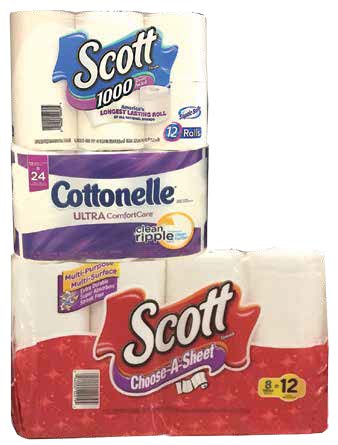 It is the first of multiple investments expected over the next two years and will boost the Mobile mill’s overall competitiveness within Kimberly-Clark. Currently, the Mobile site employs more than 600 and produces bath tissue and paper towels under Scott, Cottonelle and K-C Professional brand names.

“Kimberly-Clark has long been an integral part of Mobile’s manufacturing base. Their continued growth and investment in Mobile is evidence of their commitment to the region and to Mobile’s business climate,” said Troy Wayman, the Mobile Area Chamber’s vice president of economic development. “We are excited about this expansion and their continuous success.”

“Kimberly-Clark has been an outstanding partner to our community for many years. We are pleased to support them in making this major investment in the city of Mobile,” said Mobile Mayor Sandy Stimpson.

Kimberly-Clark first established a Mobile presence 22 years ago in 1995. In 2010, the company announced a $50 million capital investment as part of its plan to save 80 high-paying positions.