The Business View – June 2017 / Small Business of the Month 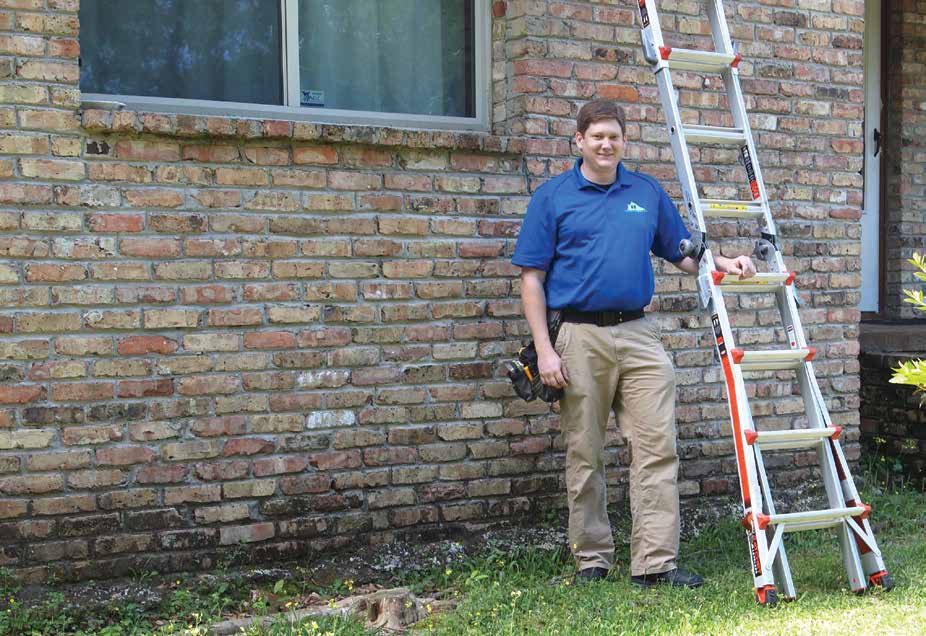 Doug Johnson got into the home inspection business almost by accident.

“My best friend purchased a house and asked me to do a few improvements to it before he moved in,” Johnson recalled. “As I was in the attic, I noticed one of his roof rafters was damaged. I asked my friend what his home inspector had said about it. We checked the report and found no mention of the item. After spending a few minutes looking over the house, we found a few other things we felt the inspector missed. That event put the idea in my head that I could do better.”

Johnson researched the industry, found out how to gain training and become licensed, and started his own home inspection company at age 26.

What sets the company apart from competitors, Johnson said, is its use of technology to provide a faster, better and more thorough home inspection.

“From the beginning, we used a tablet on-site with a sophisticated app – this was significantly advanced for the industry here, as some inspectors were still using pen and paper or not including photos in their reports,” he said. “We also were an early adopter of a drone to aid in roof inspections. Now our claim to fame is a crawl space rover that has bright lights and a fancy camera on a remote-controlled car chassis that fits under houses when I just can’t fit.”

Inspect Mobile’s use of technology like this allows them to deliver same-day reports, even during the times of the year that are busiest for home inspections. That quick, thorough service has allowed the company to grow over the last five years to the point where Johnson is sometimes so booked he has to turn away business.

“I would love to hire a second inspector to grow the business,” he said. “One day, the right candidate will join the Inspect Mobile team. But I’m not going to force it and grow too fast too soon.”

Even with the long hours of running a one-man operation, Johnson still finds time to get involved in civic and charitable pursuits, including the Mobile West Rotary Club, Coastal Cleanup, Habitat for Humanity, JaguarsCare and Bras for a Cause, an event that’s particularly close to his heart.

“I’ve been involved in that organization going on three years now and it is a blast,” he said. “But the reason it is a success is because the money raised goes toward local patients going through cancer treatments so they can cover their everyday needs – things like gas cards, rent and utility payments, new clothes when they lose weight.”

Helping in the community helps improve the housing market, too. “By volunteering at charities and serving in the Rotary Club of West Mobile, I’m able to improve the community and make it a better place to live,” he said. “Even just picking up litter or sorting canned goods makes a difference.”