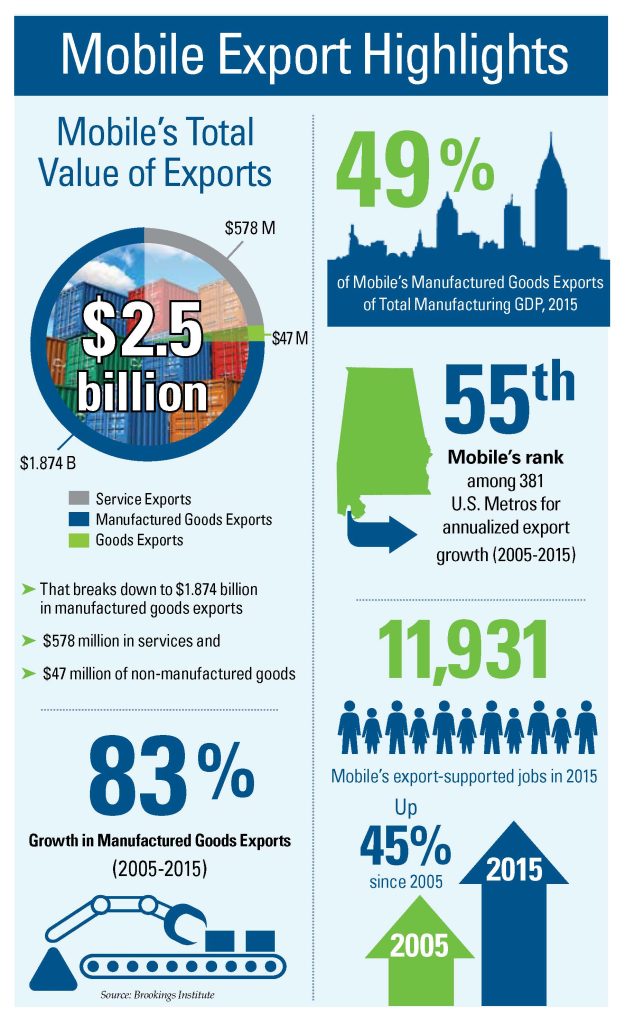 Manufacturers help drive Mobile’s economy, with $1.874 billion in manufactured goods exported in 2015, according to the Brookings Institute, a nonprofit public policy organization based in Washington, D.C. Also during 2015, Mobile exported $578 million in services and $47 million in non manufactured goods, making Mobile’s total value of exports $2.5 billion, according to the organization.

With that volume, nearly one out of every two manufactured products made in the Mobile metro area is exported to regions around the world. Alabama’s top export destinations are, in order: Canada, China, Germany, Mexico and the United Kingdom.

The Chamber’s international trade program is celebrating 20 years in 2017. The goal is to continue to increase area export sales to increase job creation.