Zoned In to Growth 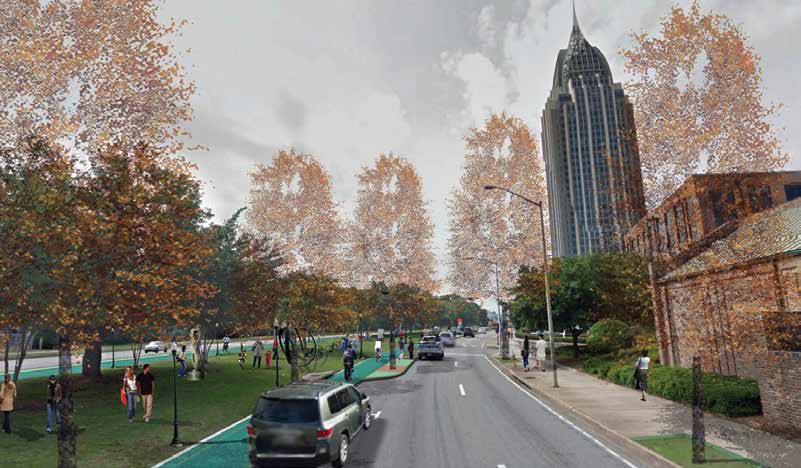 The City of Mobile’s community-driven, long-range strategic plan, Map for Mobile, highlighted the need for a zoning overhaul.

Map for Mobile is the framework for the city’s preservation, revitalization and growth aligned with economic and community development activities. And to fulfill the objectives, the city’s zoning ordinances, subdivision regulations, streets and general land use plans, must be revised or replaced to achieve growth.

In April, the city contracted with White & Smith as the leading expert to revise the city’s 50-year-old plan. The Missouri-based firm has completed more than 50 zoning and development codes in 26 states, including those for Montgomery, Austin and St. Petersburg, Fla.

When complete, Mobile will have a single source document that not only updates codes, but also provides clarity and uniformity, streamlines processes and promotes growth, said Shayla Beaco, senior director of city planning.

“Once we have that, we have a tool for reinvestment that removes barriers of growth,” said Beaco.

During the 24-month process, the city will meet with architects, engineers, homebuilders, developers and contractors to get their input on current barriers and how they can be removed to ensure the final document is business-friendly.

Communities are returning to traditional design where there are homes, grocery stores and coffee shops – all within a walkable distance. Over the years, there were such strict zoning regulations, people had no choice but to get in their cars. “It’s time to eliminate the hurdles,” Beaco said.

Two recent examples that exemplify what the new regulations could promote is the proposed transformation of Water Street and Meridian at The Port, a proposed new apartment complex, going up at North Water Street.

Thompson Engineering is working from a plan developed by MIG, a California-based planning and design company, to make Water Street the gateway to Mobile. It includes crosswalks, bicycle and pedestrian lanes, traffic signalization, landscaping and other elements. The work will extend from Beauregard Street to the 1,500 block, south of Government Street.

When complete, citizens and visitors will be connected to the Mobile riverfront and its amenities including Cooper Riverside Park, the Mobile Convention Center, GulfQuest Maritime Museum and the Mobile Cruise Terminal.

Rogers & Willard will serve as the local development consultant for Meridian at The Port developed by the Leaf River Group, based in Jackson, Miss.

Construction is set to begin this summer on the $46.5 million apartment complex at 300 North Water St., where the old Delchamps grocery store headquarters once stood. The Class-A property, with waterfront and skyline views will consist of 264 units and feature parking and retail shops.