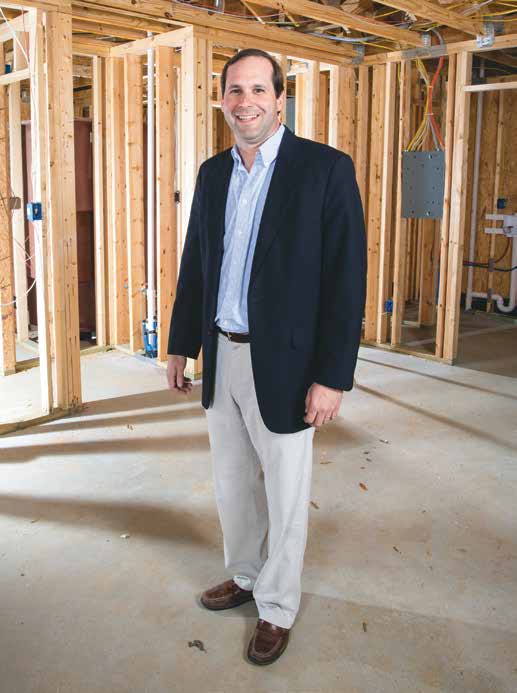 As a second-generation small business owner, Frank Lott’s involvement in the Mobile Area Chamber began nearly a decade ago, when a statewide legislative issue piqued his interest and he wanted to know more about the Chamber’s position on it.

“We had been a member forever, but I had never been involved,” said Lott, president of Heritage Homes. “I went to a few state governmental affairs committee meetings, and found out how much the Chamber has to offer. Most importantly, over the years, I have come to learn there is a place for everyone at the Chamber.”

Lott was introduced as chairman during the Chamber’s 178th annual meeting held in late January. During his remarks, he turned his attention to a couple of key issues for the coming year. These include supporting small and minority businesses in Mobile, including increasing opportunities to successfully compete and win contracts with larger industry; ensuring companies who invest here are sensitive to their footprint and will leave a legacy; and involving more members in committees and task forces.

On industry recruiting, he told attendees, “This is a critical year for the Chamber’s economic development team, as we close in on the Airbus assembly line’s opening. All eyes are on us these days, and we’re in a good position. Our team – including the city, the county, the port, the airport, private industry and our K-12 and higher education systems – are working together to recruit the types of industries we believe will be a net-positive in Mobile long-term, while being sensitive to their long-term impact on the environment.”

“This Chamber is committed to increasing the number of jobs for our citizens, fighting for pro-business legislation, providing value with our programs – and doing it all with a focus on excellence,” he said.

And as a final call to action, Lott said he wants anyone who is a Chamber member to find an area of interest and get involved with the Chamber. To see a listing of the Chamber’s committees and task forces, go to https://mobilechamber.com/membership/committees.