The Business View – June 2015 / Small Business of the Month 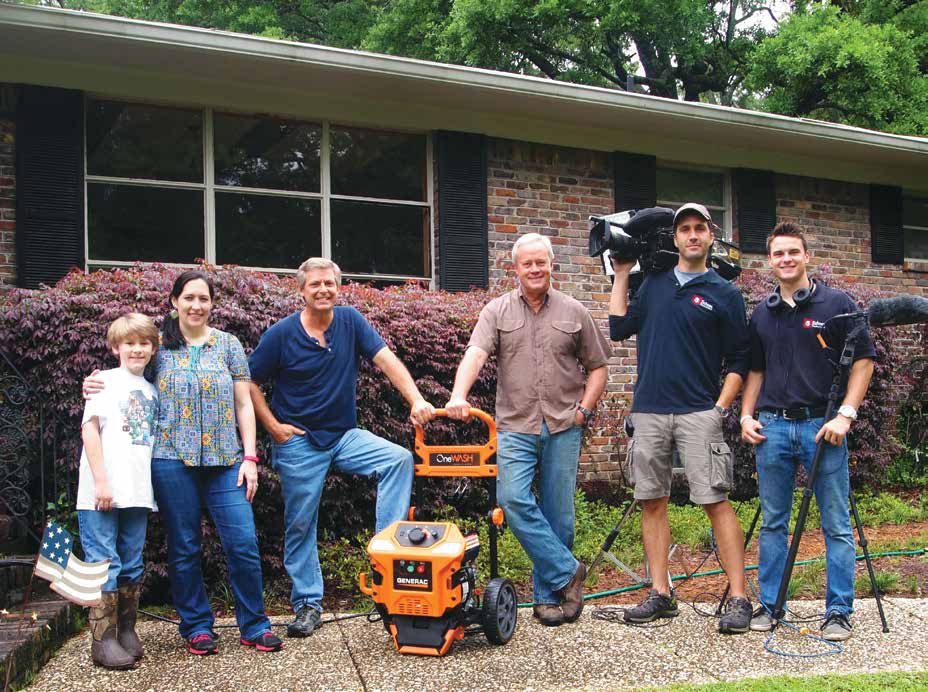 If you’ve watched Danny Lipford’s “Today’s Homeowner” television show in the past 18 years, you’ve seen the work of 3 Echoes Productions.

The company was created in 1997 as the production arm of Danny Lipford Media, tasked with producing the show that took the Mobile contractor and home improvement expert to a national audience.

Since its inception, 3 Echoes has produced more than 300 episodes of Today’s Homeowner and more than 3,000 videos that supplement the show, which can be seen around the country.

The Mobile Area Chamber’s Small Business of the Month, 3 Echoes has used Lipford’s show as a calling card to bring in a variety of commercial clients, such as the Weather Channel, Home Depot and Black and Decker.

“We’ve identified and kind of made for ourselves a niche there. We feel like we are, if not the best, one of the best in the country doing work in that industry.”

With a team of five within a larger group of more than 15 employees in Danny Lipford Media, 3 Echoes is a full-service production company that provides a variety of services, from video production and editing to branding and creative services. Ever-evolving technology allows the company to continue to expand its list of services, improve quality and efficiency and create different types of images.

“When 3 Echoes began, they were shooting on tape with video cameras,” Kirtland said. “These days we’ve moved from tape to digital media, where we don’t even need film or anything like that, although we do still record to a card. Technology has given us a lot of new opportunities in terms of storytelling, visuals or video – everything from new, faster cameras that capture better images to drones that we can take aerial photography with.”

The company recently won two 2015 Telly Awards for “Checking in with Chelsea,” an original series on simple household repairs and projects hosted by Lipford’s daughter, Chelsea Lipford Wolf, and produced by Brad Rodgers. The Telly Awards, founded in 1979, honor outstanding work in video and film productions.

“With so much going on around here with new business, I see opportunity for commercial work, industrial work in this area,” Kirtland said of the Mobile area. “We’ve started to take on a little bit of that.”