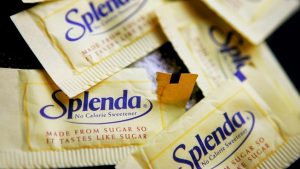 Tate & Lyle sweetened the pot of its investment in its Splenda Sucralose facility in Washington County, with a recent announcement about the company’s restructuring plans. During the next 12 months, the company will close its Singapore operation, transfer the equipment to McIntosh and purchase additional equipment, increasing its value by $25 million and the local workforce by 10.

In 2016, company officials expect to locally produce all of the no-calorie sweetener used in food and beverages as well as marketed under the brand Splenda. These actions, according to a company statement, “position Splenda Sucralose as a more focused, low-cost and sustainable business.”

“These efficiencies are possible because Washington County provides advantages around energy pricing as well as a stable and skilled workforce,” says Chris Olsen, vice president of community and government affairs for Tate & Lyle. “Additionally, the county and the state of Alabama have done an excellent job in establishing a supportive environment and infrastructure for doing business.”

Earlier this year, the company launched a low-calorie sugar, Dolcia PrimaTM, Tate & Lyle’s name for allulose. The product is described as being able to function like sugar but with significantly fewer calories.