RESTORE Act Settled – What it Means for Mobile 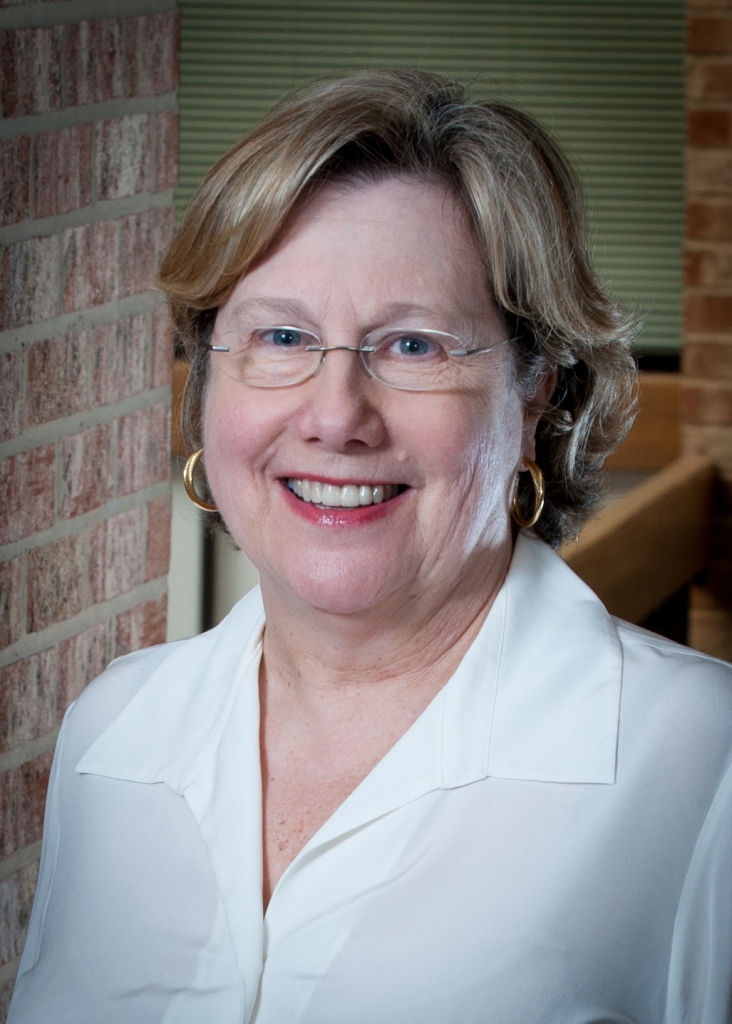 While the Mobile-Baldwin region has made significant progress to rebuild coastal assets following the worst environmental disaster in our history, there remains significant work to be done to bring the environment and economy back to its full potential.

Established by Congressional legislation, the RESTORE Act is the framework for dedicating 80 percent of Clean Water Act administrative and civil penalties paid by responsible parties after the 2010 Deepwater Horizon oil spill for environmental and economic recovery.

The fine money is set aside in a trust fund overseen by the U.S. Treasury Department.

Projects and programs funded through the RESTORE Act will generate investments in economic development, tourism promotion, and science-based natural resource restoration in the Gulf Coast states impacted by the spill – Alabama, Florida, Louisiana, Mississippi and Texas.

The RESTORE Act designates how each state is to distribute their portion of settlement funds. The 10 members of the Alabama Gulf Coast Recovery Council (AGCRC), chaired by Gov. Robert Bentley, have that responsibility in our state.

The regional Gulf Coast Ecosystem Restoration Council, frequently referred to as the “Federal Council,” will also handle a portion of Clean Water Act fines for large-scale, comprehensive ecological restoration of the Gulf of Mexico.

Additionally in July 2015, funds from federal legal action against BP were distributed to the Gulf States after a negotiated settlement was reached by government officials. That agreement set the final Clean Water Act fine amount at $5.5 billion to be paid out over 18 years.

The Chamber’s position on RESTORE has been consistent; we believe: 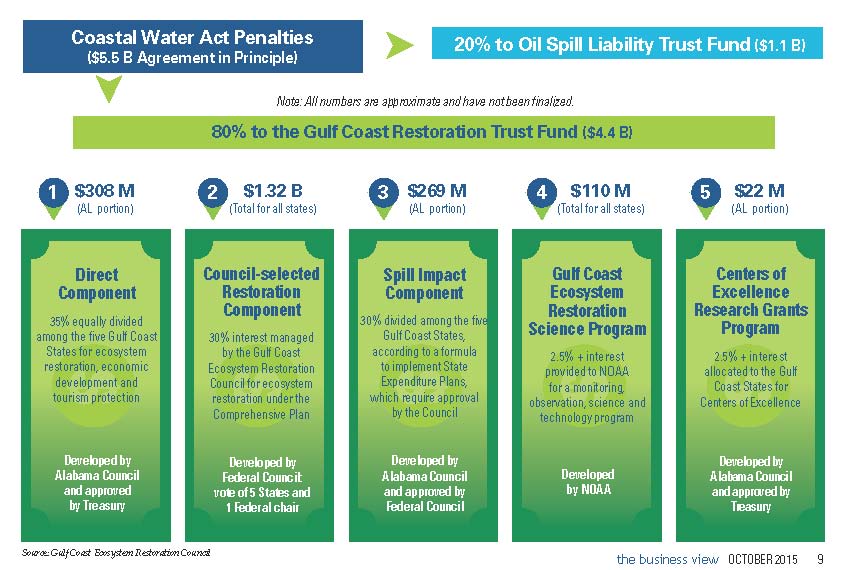