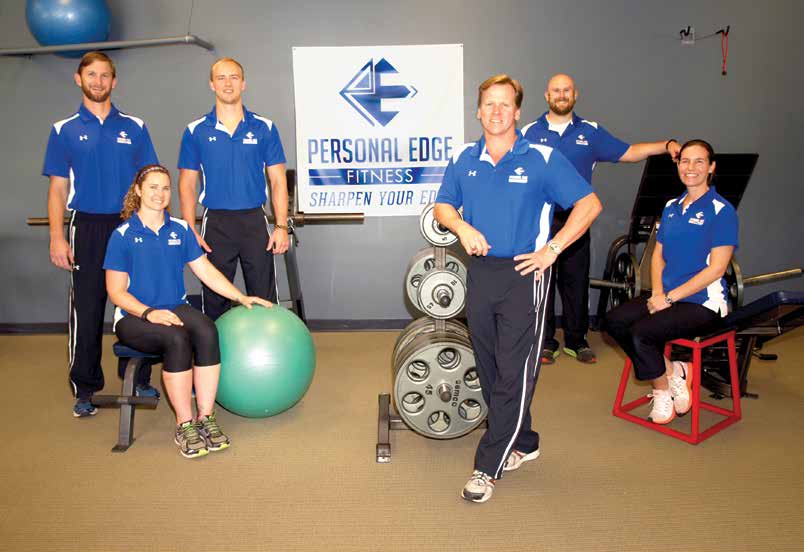 Garrett Williamson initially wasn’t sure what he would name his new business, but he knew that its initials would be P.E.

“We had P.E. before we had the name,” said Williamson, owner and president of Personal Edge Fitness. “P.E. is something I’ve been passionate about since probably 1986 – and it sounds strange, because I was a junior in high school. At that point in time, they were starting to cut physical education programs in schools.

Even at that young age, I thought that was crazy. We were starting to look at obesity problems throughout the nation. … That kind of stuck with me through high school and college.”

Williamson’s wife, Stephanie, ultimately suggested the name Personal Edge, saying that it would be a place where clients could get “their own personal edge.”

Specializing in personal training for all ages, Personal Edge was founded in 2000, doubled the size of its Spring Hill Avenue facility in 2002 and recently renovated a new facility on Stein Street at the I-65 Beltline. Personal Edge is the Mobile Area Chamber of Commerce’s Small Business of the Month.

“We do anything in fitness and sports that’s not illegal, immoral or fattening,” said Williamson, whose seven trainers work with more than 100 clients ranging in age from seven to 86. Those clients come to the facility for everything from athletic training and rehabilitation to weight loss.

“We’ve taught two people to walk again; we’ve got 13 scholarships to our name,” said Williamson, adding that 35 percent of his clientele is over the age of 65. “Age does not dictate ability. You can regrow muscle at any age.” Williamson said what sets the business apart is the expertise of its trainers, who carry a range of specialties from exercise physiology and kinesiology to athletic training and sports medicine.

They all hold at least a bachelor’s degree in their respective fields. “The majority of clients we sign in all ages have some sort of pre-existing condition, an injury or what-have-you,” Williamson said. “That’s why we have sports medicine guys on staff, to be able to deal with that.”

“Almost every member of our staff is still involved in some type of athletics or competition themselves,” said Williamson, a former pole vaulter at the University of Georgia who is now a nationally competitive triathlete.

The UMS-Wright graduate was recently inducted into that school’s athletic hall of fame. The move into the new facility, expected by the end of the year, will allow for even more growth in the business. Personal Edge plans to add at least three new trainers and begin offering small group training.

“Our mission is to make people feel better about being themselves,” Williamson said. “If we’re always doing that, then we’re always going to be successful.”