The Mobile Area Chamber recently updated a publication, Mobile’s on the Grow, highlighting the latest new and expanding economic development projects. As the lead economic developer for the City of Mobile and Mobile County, the Chamber believes the area’s success is attributed to the collaborative efforts of Team Mobile – a group including the City of Mobile, Mobile County, Alabama State Port Authority, Mobile Airport Authority, local utility and educational entities, and the Chamber.

This has been one of the most active years for high-profile projects. In March, Continental Motors recommitted to Mobile as its global corporate headquarters and plans to build a new manufacturing facility and corporate offices. Two days later, Walmart made its formal announcement of a direct import distribution center. Kimberly- Clark announced a new investment in April, and in June, Amazon announced Mobile would be the site of its newest sortation center.

Here are a few of the most recent announcements. The entire publication can be found on the Chamber’s website, www.mobilechamber.com/publications.

Amazon announced its first investment in the state of Alabama will be a sortation center in Mobile. The company will hire more than 360 part-time employees, and an additional 1,000 seasonally.

The company recommitted to Mobile as its corporate global headquarters and announced plans to build a 260,000-squarefoot, state-of-the-art manufacturing facility and corporate offices.

Hutchinson recently opened an Aerospace Manufacturing Center of Excellence in Mobile. The company will create 100 jobs.

The company announced the first of multiple investments, and will initially invest $75 million for an on-site heat and power plant.

Once the company expansion is complete, the area facility will be the largest production site of TENCEL® in the world. Lenzing will increase its workforce with 163 new jobs.

The company is building a galvanizing facility, relocating operations to west Mobile and will add eight new jobs. 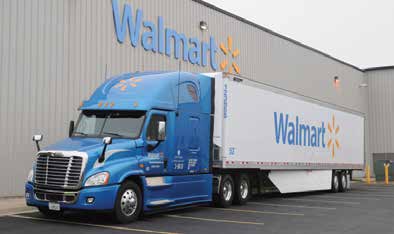