Mobile Exports on the Rise

Mobile saw the largest increase in exports of any metro area in Alabama in 2014, jumping from 9.2 percent of the state’s share in 2013 to 11.4 percent in 2014. Mobile now holds most of state exports, based on value, among Alabama metros for the first time since 2009 according to the International Trade Administration.

And Mobile-based companies and manufacturing facilities continue to see growth in the global market. In the past five years, Mobile’s exports have risen 33 percent. And since 2005, they’ve grown 92 percent, says Christina Stimpson, director of international trade at the Mobile Area Chamber.

According to the International Trade Administration, more than 70 percent of the world’s purchasing power is located outside of the United States. “If we are selling only to our neighbors, we are missing out on huge growth opportunities,” says Stimpson.

Helping local companies find new markets is a priority for the Chamber, which is working with the Alabama Department of Commerce and the Export Alabama Alliance to lead trade and business development missions to Spain, Morocco, Germany, Switzerland and Mexico in 2016.

Exports not only create jobs, but they can sustain jobs as well, says Stimpson. Princeton University researchers cited in Business Forward found that “compared to firms of similar size and industry, exporters are able to generate greater sales, pay higher wages, hire more skilled workers, and are more capital-intense than non-exporters. They are also more likely to survive.”

“These are the types of companies that we want in our community,” says Stimpson. In addition to connecting companies with potential partners in foreign markets, the Chamber’s international trade division assists companies wanting to participate in overseas trade shows, hosts a number of educational workshops focused on international trade issues and opportunities and works to educate the public on the importance of international trade. 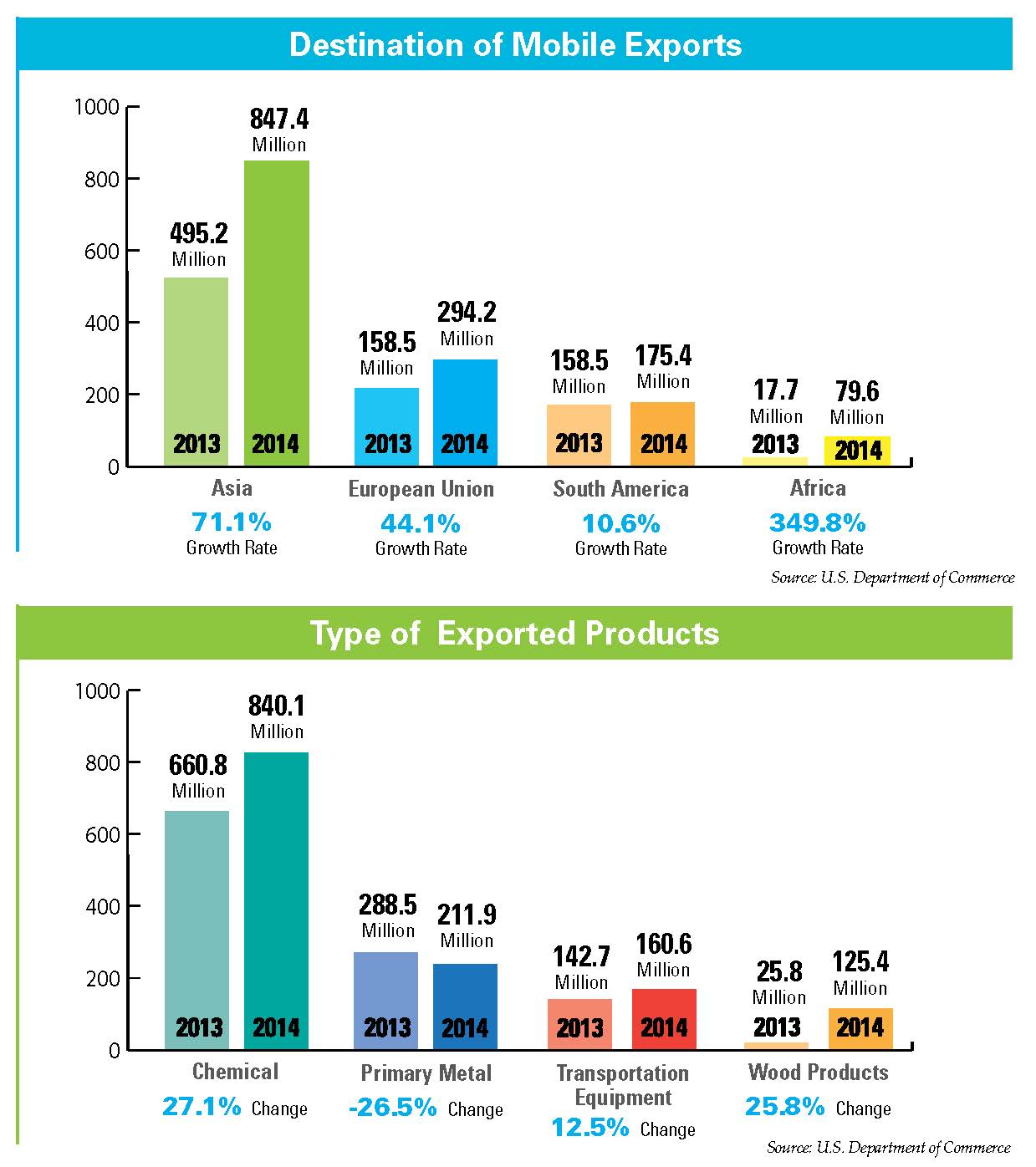