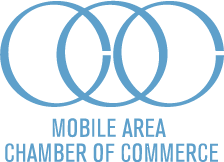 The Mobile Area Chamber is joining several other chambers of commerce across the state this week in supporting Gov. Kay Ivey’s Rebuild Alabama bill. The bill introduces a 10-cent gas tax to be implemented over three years to fund maintenance or construction of roads and bridges, provide match funds for federal road or bridge projects and designate monies to improve the ship channel at the state’s only deepwater port.

The Chamber continued to call for funding for infrastructure improvements, including the Port of Mobile and a new I-10 bridge and Bayway project, when it released its 2019 Legislative Agenda earlier this year.

“Infrastructure is among our greatest assets and key to our economic development success,” said Bill Sisson, the Chamber’s president and CEO. “The Port of Mobile is the gateway for goods to reach every corner of our state and for Alabama’s exports to reach the world. Without an investment in infrastructure, not only will the port’s capacity be capped, but the roads and rails moving products throughout the state and across the county will continue to deteriorate, eventually impeding commerce,” he added.

“All 67 counties depend on Alabama’s seaport to export goods around the world. Whether it’s poultry products from Sand Mountain, auto components, coal from Walker county or the other products made by men and women across the state, the Alabama seaport is a critical part of their business plan to compete worldwide. The infrastructure improvements we envision will make Alabama’s seaport more competitive and better able to support manufacturing and other industries across every part of Alabama,” said Jimmy Lyons, director and CEO of the Alabama State Port Authority.

TRIP, the national nonprofit organization promotes transportation to relieve traffic congestion, and recently held media conferences throughout the state touting the cost of deficient roads and bridges, along with how increasing congestion and safety is , ranging from $1,301 in Anniston-Oxford-Gadsden to $1,846 in Birmingham annually in vehicle operating costs and lost time. The cost for Mobile area drivers is $1,576. By comparison Gov. Ivy’s bill estimates it will cost the average Alabama driver $55 a year.

“Alabama’s methods of paying for transportation infrastructure have lost and continue to lose purchasing power due to inflation, increasing fuel efficiency and fleet changes, erasing the effects of the 1992 gas tax increase,” according to the 2019 Addressing Alabama’s Transportation Infrastructure: Roads and Bridges policy report published by the Alabama Transportation Policy Research Center at The University of Alabama. The report includes two graphs depicting the state’s current 18-cent gas tax purchasing power has decreased to 11 cents, equating that to a $8.4 billion loss due to inflation.

“Increasing fuel efficiency is reducing gasoline consumption and the resulting revenue even as vehicle miles of travel and population increase,” states the report.

The Chamber’s Board of Directors Chairman Daniel Dennis with Roberts Brothers, said, “The cost of doing nothing is too great not only for our future economic development efforts but for the time and safety of our citizens.”

“It is incredibly important that we come together as a business community to support this bill,” said Sisson. “As companies look to locate and expand here, they are carefully analyzing our infrastructure capabilities. The better our roads, bridges and traffic patterns are, the faster Mobile will rise on their short list of viable locations.”

Sisson added this increase would more closely align Alabama with policies of its neighboring states.

About the Mobile Area Chamber
The Mobile Area Chamber of Commerce is a private business organization with 1,900 members that employ 105,000 people, and the economic developer of record for the City of Mobile and Mobile County. We represent business interests of the Mobile region, advocating for business-friendly legislative polices and serve as a resource for small businesses and area entrepreneurs. Additional information is on the Chamber’s website at www.mobilechamber.com, Facebook @MobileChamber, Twitter and YouTube at @MobileChamber, Instagram @ Mobile_Area_Chamber and LinkedIn @Mobile Area Chamber.