Images from the Air Show

It’s a cliche, but there’s no way to imagine just how big this trade show is, until you see it in person. Here’s some quick facts about the Farnborough, and some of displays seen at the show.

1/2 of the show’s attendees are from abroad, with 18 countries with pavillions in 2014

More than $30 billion (GBP) were announced during the last show

The show has two “events” within it – one is a trade show, the other is a public air show 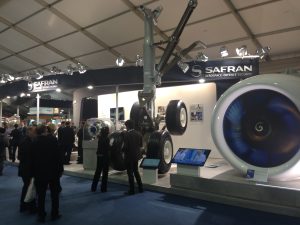 Safran, who has an office in Mobile at Mobile Aeroplex at Brookley. On the left is just one of the landing gears for an Airbus A350. 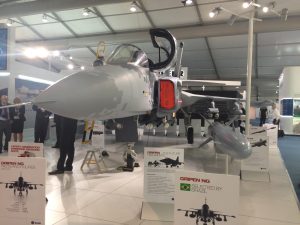 The Saab booth was so large that it included a fighter jet in it. 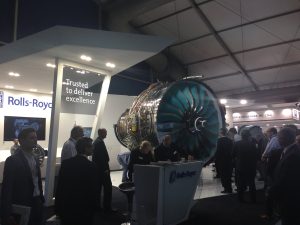 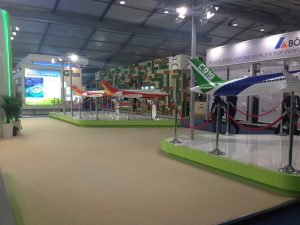 Greene Tweed’s booth featured multiple aircraft models in its massive booth. The company provides seals for a variety of planes. 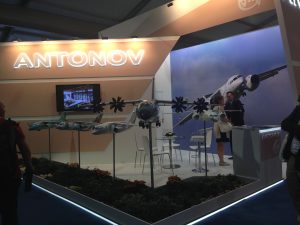 Russian aircraft manufacturer Antonov showcased its family of aircraft at the show. 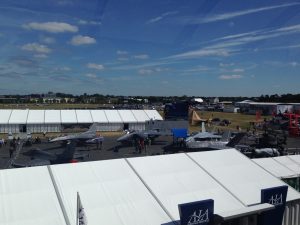 Although the F-35 did not make it to the show, the new Lockheed Martin warfighter was well represented here. The company president and CEO has strong ties to Alabama, and attended the Mobile Bay Aerospace Reception on Tuesday.