Hutchinson to Open in Mobile Aeroplex at Brookley 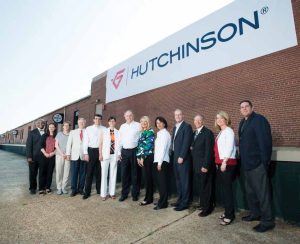 During the Paris Air Show in June, Hutchinson Corp. announced its intent to open an Aerospace Manufacturing Center of Excellence (COE) at Mobile Aeroplex at Brookley.

The center is being designed to meet the needs of the region’s burgeoning aerospace industry, including the Airbus U.S. Manufacturing Facility.

“Establishing a manufacturing Center of Excellence in close proximity to the new Airbus facility in Mobile clearly enhances Hutchinson’s position as a major player in the aerospace industry in North America – and will enable robust support to the long list of US-based Aerospace customers,” said Cedric Duclos, president and CEO of Hutchinson North America.

A Paris-headquartered company with its U.S. base in Los Angeles, Hutchinson employs more than 6,800 personnel at 33 sites worldwide.

The company has four business lines operating in various industries such as aerospace, defense, automotive, truck and railway operations.

Company officials indicated they will open the COE with a “last-minute shop” to support the Airbus facility, a Federal Aviation Administration (FAA) 145 Repair Center and a service center with a focus on final delivery of thermal acoustic insulation systems.

Operations are expected to start in the third quarter 2015 and will be located at 1805 6th St. in the Aeroplex. Once fully operational, the company is expected to employ 160-200 people in Mobile.

“Hutchinson Aerospace is precisely the type of Tier 1 supplier we work hard to recruit. The company’s name, reputation and capabilities further expands Mobile’s ability to service aerospace as well as other industry sectors,” said Troy Wayman, vice president of economic development for the Mobile Area Chamber.