The Business View – October 2014 / Small Business of the Month

Gulf Coast Containers Hauls it All 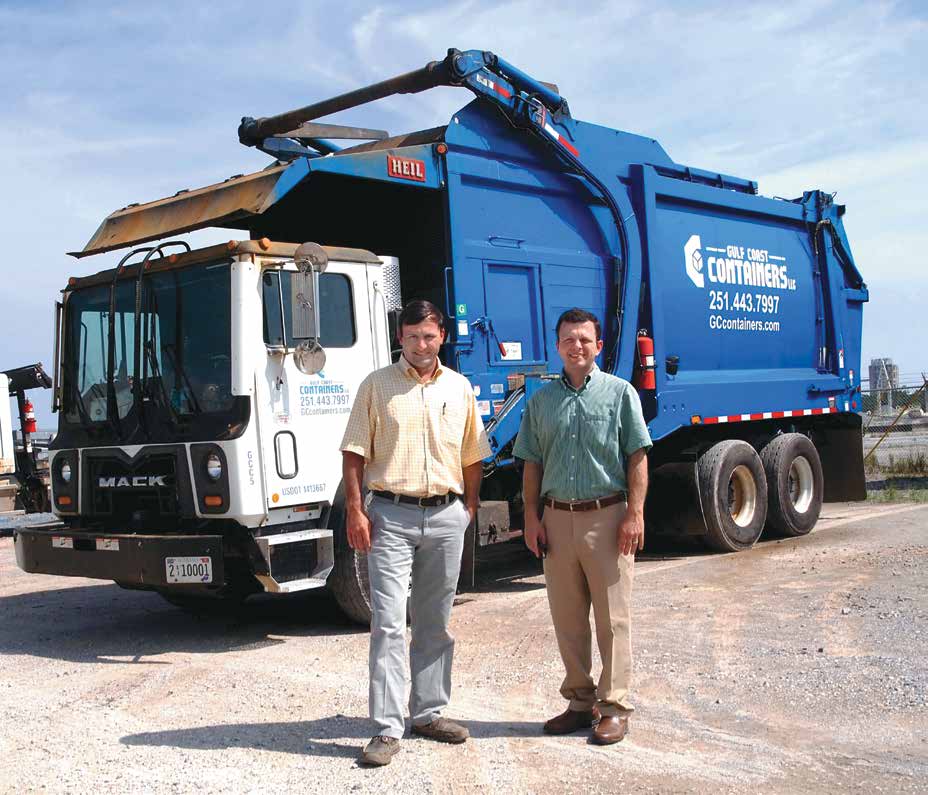 When brothers Todd and Trevor Boehm started Gulf Coast Containers in Fairhope in 2005, they were the original drivers. With the contacts they had in the waste industry and in the community, they saw opportunity in debris removal in Baldwin County.

That opportunity escalated across the bay the very next year, as the company won a large industrial contract in Mobile and also expanded into commercial front-load service, prompting a move to Theodore.

Today, the company has hundreds of containers and operates five trucks, with four additional employees serving a combination of commercial and industrial clients. Gulf Coast Containers is the Mobile Area Chamber’s Small Business of the Month.

Gulf Coast Containers offers several sizes of front-load and roll-off containers, and its business is split fairly evenly between retail and construction/industrial business. It also operates a commercial recycling route in conjunction with Recycle Fibers, a service started in 2007.

“Green recycle dumpsters have been placed at businesses throughout Mobile and we service them weekly,” Todd Boehm said. “We also have dumpsters placed at various shopping centers throughout town, which are available to the public to recycle their cardboard/paper.”

A new city of Mobile litter ordinance placing more responsibility on property and business owners to keep their lots clean takes effect in October. While the ordinance requires business owners to build enclosures around their dumpsters, Boehm said the impact to Gulf Coast Containers’ service should be minimal.

“As the ordinance is currently written – not requiring gates on enclosures – and assuming the customer can build the enclosure in an area we can access, it should not affect how we operate,” he said. “If gates were required then we would take a hit in productivity, which in turn would raise the cost of service.”

With the local economy picking back up, Boehm said he sees even more opportunity on the horizon.

“Due to recent economic developments, we have begun to see more opportunities,” Boehm said, “and feel Mobile is positioned well to hopefully experience substantial economic growth over the next several years.”