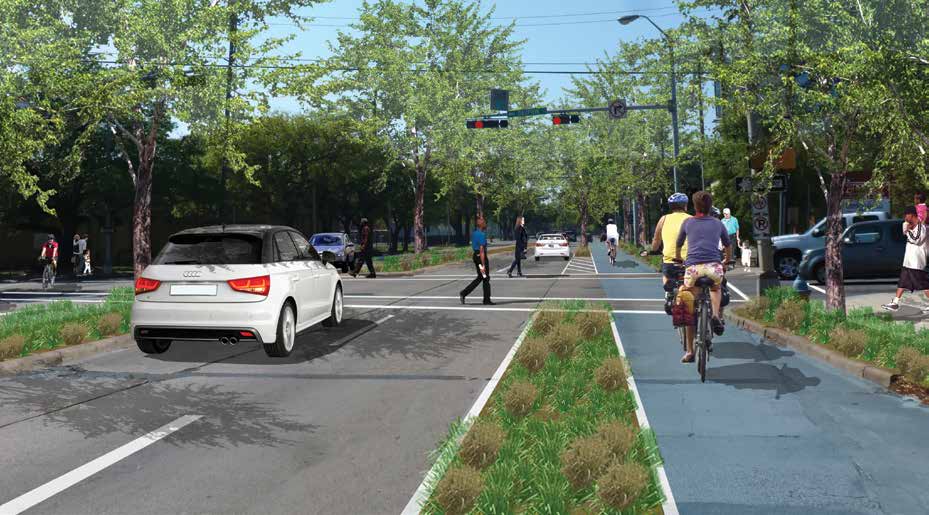 In a video announcing a U.S. Department of Transportation grant awarded to the City of Mobile, Mayor Sandy Stimpson highlighted three pivotal intersections along Broad Street in downtown Mobile. “Just visualize the entire Board Street corridor being completely rebuilt to be more pedestrian-friendly, bike friendly and the traffic flows smoothly,” said Stimpson.

In late July, the city was named one of 12 beneficiaries of the 2016 Transportation Investment Generating Economic Recovery (TIGER) grant. The grants were established to rebuild aging infrastructure, connect citizens to jobs and revitalize historic neighborhoods.

The targeted area begins at the GM&O Railroad Terminal on Water Street, goes around Beauregard Street past Bishop State Community College and crosses Government Street, following Broad all the way across I-10 to Mobile Aeroplex, explained Stimpson. Plans also include connecting to the Three Mile Creek Greenway, completing the key path connecting neighborhoods to a transportation hub, jobs and recreation.

“This is an opportunity to enhance the quality of life in an historic urban area,” said Ginny Russell, the Mobile Area Chamber’s vice president of community and governmental affairs. Russell expects economic development to result from the proposed changes. The Chamber and its Innovation PortAL wrote letters of support to accompany the grant request, along with other private and public partners.

The city will receive $14.5 million and be required to provide a $3.3 million match. Keri Coumanis, assistant city attorney for the city of Mobile, led the team working on the grant. Coumanis believes the regional manufacturing designation obtained by the Chamber gave the entry the extra boost it needed to win the monies. The designation gives preferential scoring to Mobile area-based grant proposals.

Coumanis said the next step is design completion, which will be headed by MIG, the same company that came up with the new Water Street plans. The city will seek resident input through public meetings before the end of the year.