Family-Owned Business Has Grown Beyond Expectations

The Business View – September 2015 / Small Business of the Month 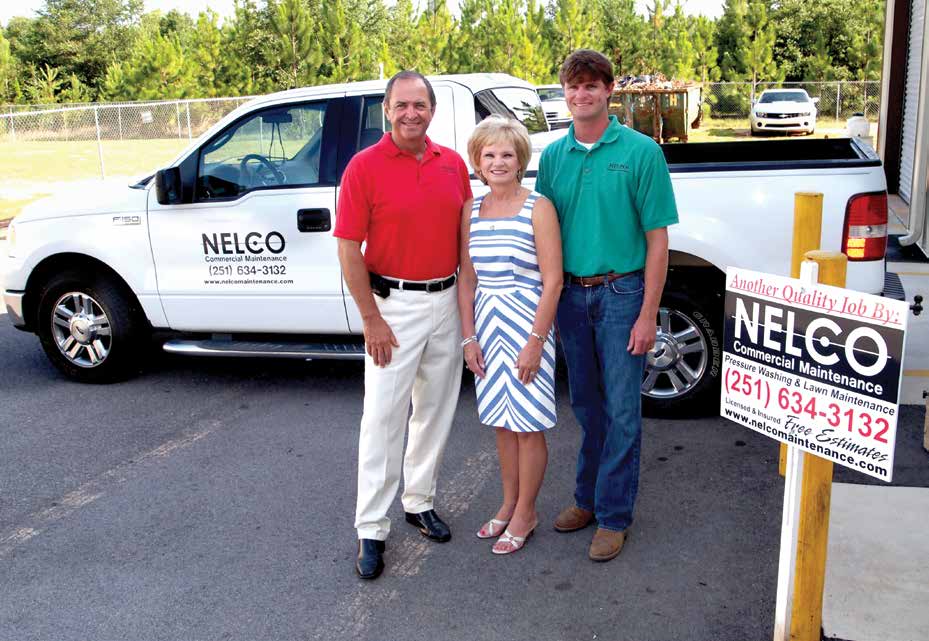 When Doug Nelson started a pressure-washing business in 2000, he knew it would take a grueling schedule to succeed. He would work until 3 a.m., sleep until 8 a.m. and spend the day drumming up business and submitting quotes.

The company’s industrial, commercial and residential customers are mostly located in Mobile and Baldwin counties, with occasional projects along the Mississippi Gulf Coast, north to Jackson, Ala., and the Florida Panhandle.

Nelco is the Mobile Area Chamber’s Small Business of the Month.

After spending years working in sales for a floor coatings company, Nelson decided to take a chance on running his own business. His contacts, background and training from his former employer helped him know who to call and how to market his new company, Doug says.

Year-round, the company has 10 permanent employees and typically hires four more for the summer.

“We truly are a family-owned business. We get to work together every day, and we really get to know the people that work for us, as well as their families,” Doug says.

The turning point for Nelco came in 2005, when Kenneth, who had worked at the business part-time, took over operations and logistics, freeing his dad to call on customers and bid projects.

Another milestone came a year and a half ago, when the company built warehouse and office space. Previously, the Nelsons worked from their home, and the employees worked out of the company’s former warehouse.

The company’s growth continues to exceed Doug’s expectations. More than six times, sales have reached a milestone that he wasn’t sure was possible. In 13 of its 14 years, the company experienced double-digit increases.

“You have to put the customer first, and those rewards will come back to you,” he says.