Today the Farnborough Air Show opened with Mobile and Baldwin County economic developers spending the first day of the show dodging rain showers and crowds as they made their way around to visit some of our existing industries. Troy Wayman, vice president of economic development for the Mobile Area Chamber of Commerce said the show was busy early in the day, but heavy thunderstorms caused power outages and caused the show to close early.

“We made calls on a number of existing companies we have relationships with,”  he said. And they also made some new contacts through Enterprise Ireland.  He says Tuesday’s focus will be on existing industry with appointments with Airbus and Singapore Technologies, and several smaller supplier industries that have recently announced in Mobile. 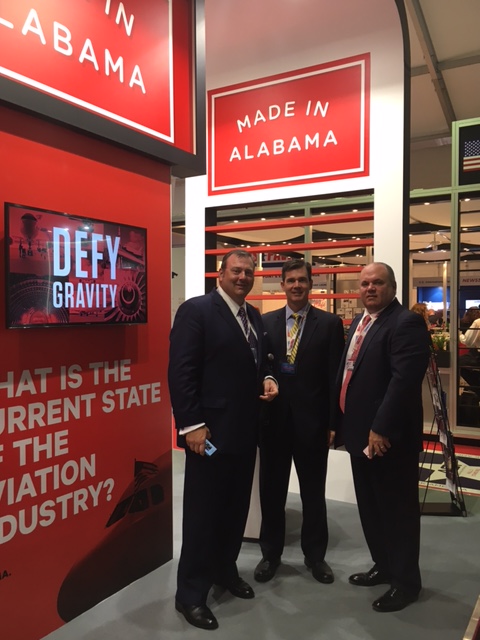 Troy Wayman with the Mobile Area Chamber; Patrick Murphy with Alabama Power; and Britton Bonner with Adams & Reese/City of Mobile at theAlabama Pavillion at the Farnborough Air Show. 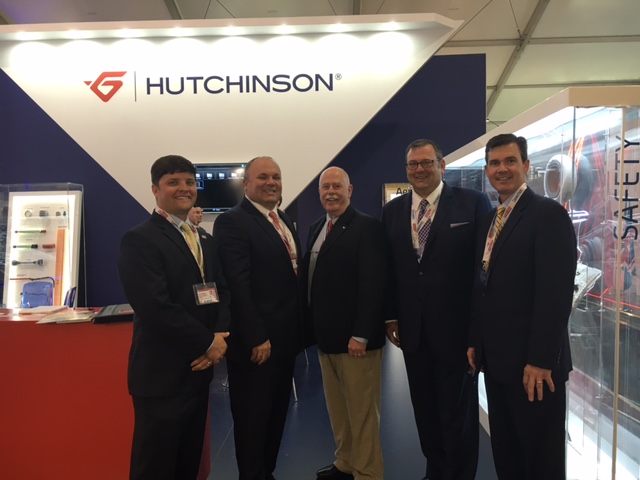 In addition to the show, a Mobile delegation including Mayor Sandy Stimpson, Mobile County Commission President Jerry Carl; Mobile City Council member Fred Richardson; Mobile Area Chamber President Bill Sisson; and others from the University of South Alabama, the city, county and Chamber participated in three site visits to London technology/start-up incubators and accelerators on Monday. As the Chamber and USA await word on a federal grant to finalize the purchase of a building on St. Louis Street to house Innovation PortAL, these visits were great for our delegation to learn more about what incubators are providing their tenants, and how to engage them in mentoring and training.

The three sites visited were:

* Tech City UK – This group’s mission is to accelerate growth of London and the UK’s digital community. They focus on digital skills, smart capital investment, infrastructure, international development and training. Their three main ways of supporting companies include: targeted programs filling market gaps across the whole life cycle of digital businesses; engaging, policing and convening by providing an agile and responsive feedback loop to government; and effective promotion and thought leadership by championing and connecting the digital sector in London and the UK internationally through trade missions, media engagement and events.

* Level 39 – Level 39 is Europe’s largest technology accelerator space for finance, cyber-security, retail and smart-city technology companies. They offer their 200 members a curriculum with at minimum seven hours per week of education and training; expert mentors and various events. It is wholly owned by the Canary Wharf Group, and was started in 2013 as a simple idea, and in this short period of time takes up three floors in One Canada Square. Level 39 is synonymous with FinTech (financial technology), and has recently started a 50-desk zone dedicated to accelerating smart-city companies called Cognicity Hub.

* techUK – More than 900 companies are members of techUK, and collectively they employ more than 700,000 people (about half of all technology sector jobs in the UK). These companies range from FTSE 100 companies to innovative start-ups. techUK works with its members by helping them develop markets, develop relationships and networks, reduce business costs and reduce business risks. 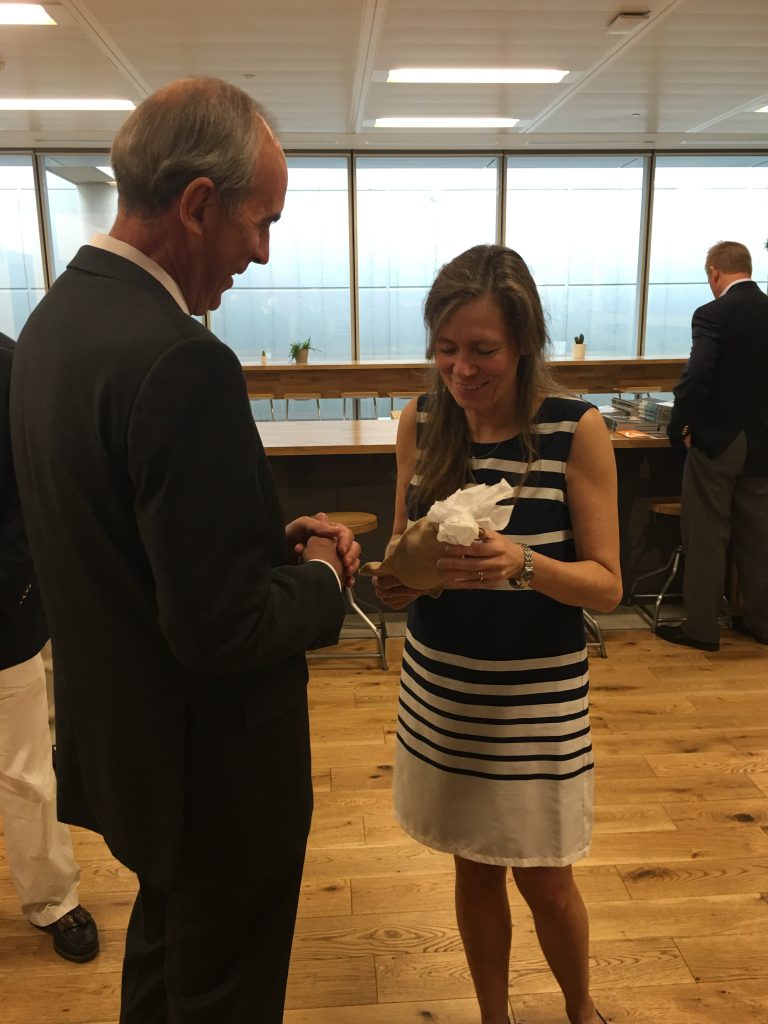 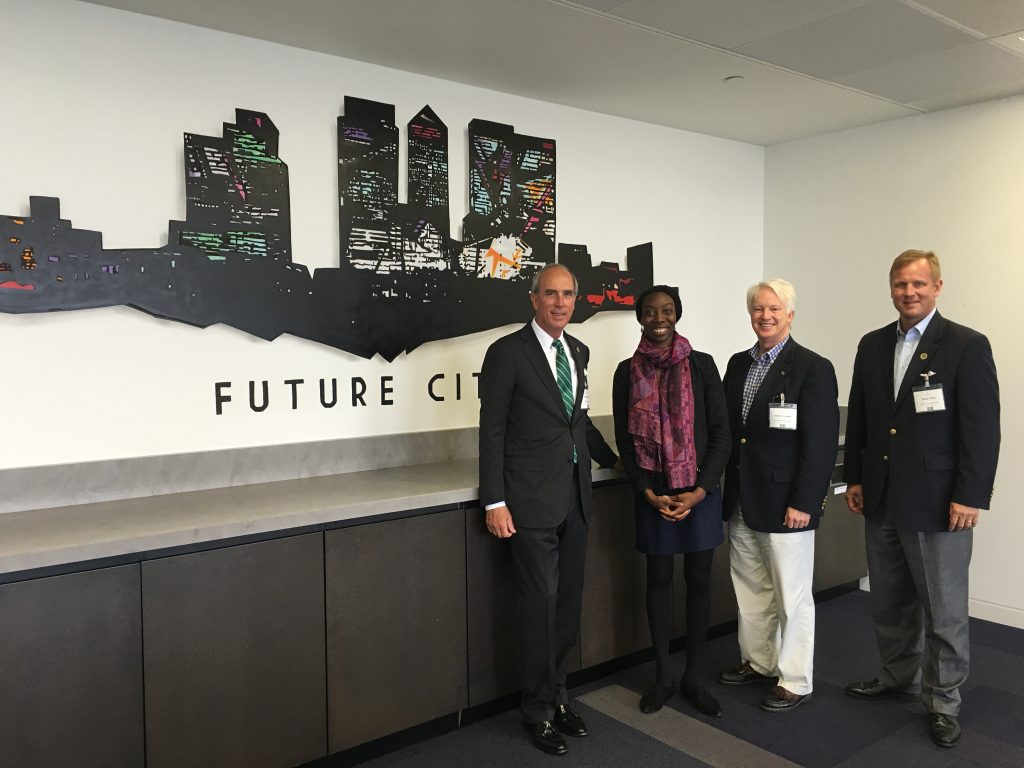 Mayor Sandy Stimpson; Adizah Tejani with Level 39; Michael Chambers with the University of South Alabama; and George Talbot with the City of Mobile in one of Level 39’s classrooms.