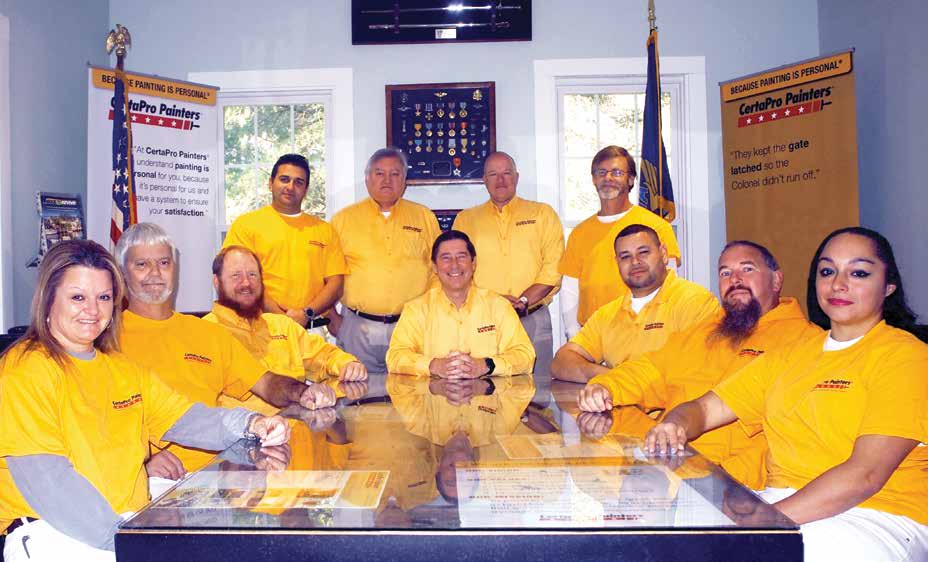 What does a U.S. Air Force officer do when it’s time to retire? He looks for the next challenge.

After a military career that included flying combat missions in Desert Storm and commanding the College of Aerospace Doctrine, Research and Education and the Air Force Doctrine Center at the Air University at Maxwell AFB, Col. Steve Carey (Ret.) embarked on a new career.

In 2008, he formed Domani Inc., and opened a residential and commercial painting business: CertaPro Painters of Mobile and Baldwin Counties. The Daphne-based company has enjoyed rapid growth, doubling production in three years and establishing itself as a premier painting company in southern Alabama and the Gulf Coast.

In 2009, it was recognized as CertaPro’s Southeast Rookie Franchise of the Year, and in 2010 was the company’s top development franchise in North America.

CertaPro Painters of Mobile and Baldwin Counties is the Mobile Area Chamber’s Small Business of the Month.

Capable of handling a wide range of residential and commercial jobs, Carey’s franchise has grown by delivering a high standard of service. CertaPro customizes its work schedule to a customer’s daily routine or business hours and keeps a supervisor on-site during the project to keep customers informed and address any concerns throughout the process to ensure satisfaction.

“My team works hard to make painting a personal experience for our homeowners and commercial clients,” Carey said. “In 10 years, we have painted over 2,000 homes and commercial projects, totaling nearly $9.5 million.”

Carey is very involved in the community. He is a past chairman of the Chamber’s Military Affairs Committee; currently serves on the Alabama Red Cross board of directors; is president of the South Alabama Air Force Association; and represents Mobile on Alabama’s Aviation Hall of Fame board of directors.

In 2015, he was elected as president of the Mobile Area Veterans’ Day Commission, which is responsible for all major Veterans’ Day events in Mobile.

He is a recent graduate of the Chamber-hosted U.S. Small Business Administration’s Emerging Leaders program and is chairman of the Daphne Industrial Development Board, which is responsible for the Daphne Innovation and Science Complex, a 75-acre professional and technological park project.