AT WADE DISTRIBUTORS, THE HALL FAMILY FOCUSES ON FLOORING 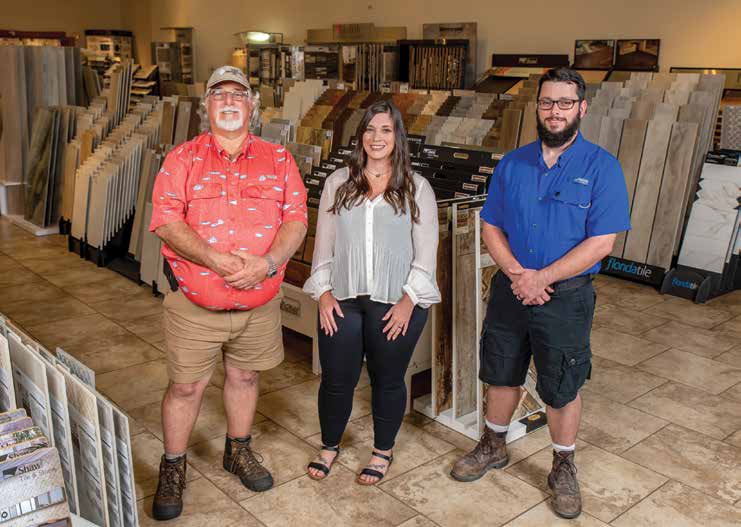 After nearly half a century of service in south Alabama, Wade Distributors Inc. is still a market leader in residential and commercial flooring, as well as custom tile work. The company, founded in 1974, is the Mobile Chamber’s Small Business of the Month.

The Hall family has been there since the beginning, starting with Tom Hall, who started the business with his partner, and the company’s namesake, Jack Wade. Hall was a silent partner in the early days, working for a commercial tile company in Louisiana, where he and his wife were raising their children. They migrated east to Mobile in 1979, when Tom Hall bought out Wade, but kept his name and brand recognition in the community.

The following year, Tom’s son Steve joined the company, ushering in a new generation. Twenty-eight years later, he would succeed his father as president of the company, and Steve Hall’s son and daughter have long worked for their father at Wade Distributors, marking the third generation of Halls continuing to run the family business.

Wade operates a 35,000-square-foot warehouse on the I-65 beltline, with an additional 10,000 square feet in Foley, but the hallmark of the business is its 4,000-square-foot showroom adjacent to the Mobile facility.

“We have installers, builders, decorators and designers who send their people in to pick from us,” Steve Hall said. “And the designers especially love my showroom because we have new stuff all the time. This way you can look at the actual color, just like with paint strips.” 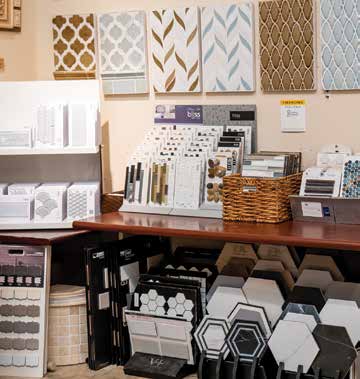 While not recession-proof, the company has weathered many storms — both literal and financial — because of a standard of service and expertise that goes all the way back to Tom Hall’s work in the industry in the 1960s. Despite high inflation and supply chain issues, Wade Distributors continues to surge forward in local markets, working on everything from home renovations in Mobile, where new construction is stagnant, to multi-million-dollar builds in Baldwin County, which is undergoing a generational housing boom.

“People are building two-, three- and four-million-dollar homes, and we’re steadily putting flooring in all of them,” Steve Hall said.

Community service has always been an important part of the Hall family business, he added. In addition to supporting causes through Chickasaw city schools, St. Mary’s Home and the U.S. Marine Corps’ Toys for Tots, the company also recently donated materials to a local woman who was scammed by a contractor. Her bathroom was basically destroyed in the process, so Wade Distributors sent employees to install a shower stall and new flooring.

“It’s such a good thing giving back to the community,” he said. “So that’s what we do.”

Want to be featured as a Mobile Chamber Small Business of the Month? Go to mobilechamber.com to apply online, or contact Danette Richards at 251.431.8652 for questions and/or additional information.